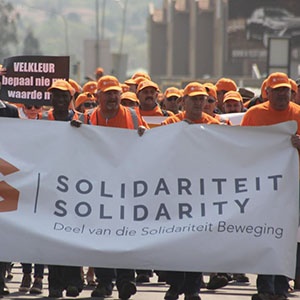 It has, thus, initiated a legal process to stop the decision.

According to the union, it has written a letter to the GEPF as well as the Public Investment Corporation (PIC), and it is demanding that the Trustees and the Board of these institutions should not accept the controversial plan to finance Eskom from the Fund.

In the letter, Solidarity called the Trustees’ attention to their fiduciary duties. The union also pointed out that individual trustees and board members will also be held personally liable for damages if they do not fulfil their fiduciary duty.

“The mandate of the GEPF and the PIC is to act in the best interest of the client. The board members and the trustees may not be influenced by the political agreements of other mandate givers. If goals other than the best investment return for the pension fund member are pursued, they would be unlawful,” the union said as reported by esi-africa.com.

According to the Solidarity letter, any step or action to use employees’ pensions to save Eskom or any other state enterprise would fall outside the mandate of the GEPF and the PIC, and it will also be a breach of the contractual agreement with the members of the fund.

“In no way can an investment in a totally insolvent enterprise be in the best interest of the pension fund member,” underlined the union.

Solidarity’s Chief Executive Dr Dirk Hermann, said “the trustees’ mandate is not to solve the country’s major socio-economic challenges. Nor is it their task to stimulate economic growth to create possible secondary benefit for pension fund members. Their mandate is to see to it that there is a primary benefit.”

Solidarity stated that it is aware of resistance to the controversial pension plan from several other unions.

“We will support every action against the plan that any other union comes up with. We need to attack the plan from as many angles as possible.”

The union also announced that it has budgeted sufficient funds for campaigns and litigation should government proceed with any other steps to use pension funds to finance other ailing state enterprises.