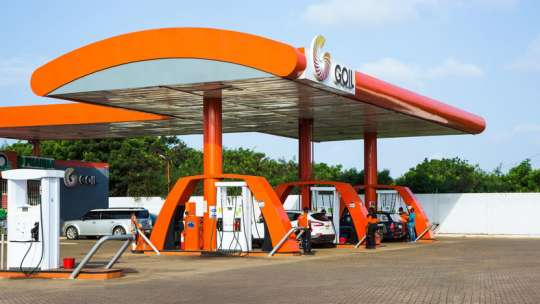 The Managing Director and Group Chief Executive, Mr Kwame Osei-Prempeh, who revealed this at a send-off party in honour of the former MD and Group CEO, Mr Patrick Akorli, in Accra, said the company prudently managed its financial costs resulting in the growth.

Mr Akorli retired from the company after 25 years of service, seven of which was in the position of Managing Director and Group Chief Executive.

Mr Osei Prempeh paid tribute to his predecessor for laying the foundation for the tremendous growth and transformation of the company, adding that the company would continue the good path chartered by Mr Akorli and ensure the consolidation of the impressive growth.

He also lauded the contributions of other Managing Directors whose efforts have, over the years, turned around GOIL, adding the sterling leadership qualities of Mr Akorli had shown that Ghanaians can do better and compete favourably with foreign competitors.

The Ashanti Regional Minister, Mr Simon Osei Mensah, who was the Guest of Honour, described Mr Akorli as patriotic, selfless and a team player who always shared the successes of the company with the GOIL team.

The former MD, he noted, must be celebrated for helping to uplift the image of GOIL to the admiration of all. 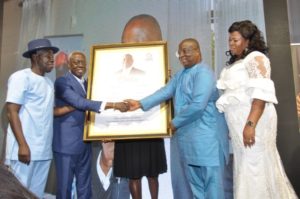 Mr Akorli, who served in various management positions until he assumed the MD position in 2012, thanked President Akufo Addo and his two predecessors, the late President Mills and former President Mahama, for the congenial atmosphere created during his tenure.

He also appreciated the role of past and present Boards, Management, staff and the workers for their assistance and co-operation.

He appealed to the staff to extend the same support to the present Managing Director, Mr Kwame Osei Prempeh to help propel the company to greater heights.

The Board Chairman of GOIL, Kwamena Bartels, on behalf of the Board and Management of the company, presented gifts to Mr Akorli and thanked him for his diligent and selfless leadership that has contributed in making GOIL an enviable OMC in the country.