Ghana’s seat of government, Jubilee House, is walking the talk in its quest to install solar PV panels after the president of the West African nation promised last year to ensure that the seat of government installs solar power to reduce the cost of electricity consumed.

Energynewsafrica.com can report that the installation of 912kW solar power project is currently ongoing at the Jubilee House.

The project, which cost US$1.4 million, is being executed by a Tema-based Strategic Security Systems Limited.

The contractor is expected to complete the project by the end of June this year.

Upon completion, the project is expected to supply about 60 percent of the power being consumed at the presidency.

Per the scope of work, the contractor is expected to install solar PV panels (complete with all supporting infrastructure, but excluding battery storage) on the roof spaces of the Jubilee House building.

In addition, the contractor is also to design a new car port which will incorporate solar PVs to generate additional capacity.

So far, the contractor had done about 100 kWp of the solar PV panels with the remaining 812kWp yet to be done. 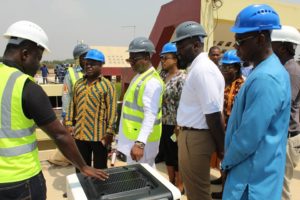 Speaking to the media after inspecting the project on Friday, Ghana’s Energy Minister John-Peter Amewu expressed satisfaction on the progress of work.

He said what the seat of government had done is a demonstration of the government’s commitment towards incorporating renewable energy into Ghana’s energy mix.

“Having visited the site, I am very much impressed about progress on site. This work is part of the government’s agenda towards inclusion of renewable energy in our energy mix. As a government, we believe in the importance of renewable. We have a target of ten percent as a proportion of our energy mix within 2020. Already, we are behind that schedule. The President did promise in his last State of the Nation Address to Ghanaians that the Jubilee House is going to be fed on renewable. I am encouraging the contractors to go ahead with the speed at which they are going about this project,” Peter Amewu said. 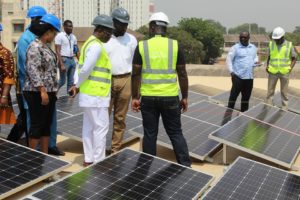 He, however, expressed optimism that the country would gradually get to that state in the future, given the number of renewable projects that is yet to commence.

He mentioned the 45kW Tsatsadu mini hydro power project in the Volta Region, which is expected to be commissioned, and the 17MW solar power project at Kaleo, which President Akufo-Addo would be cutting sod to commence on Tuesday. 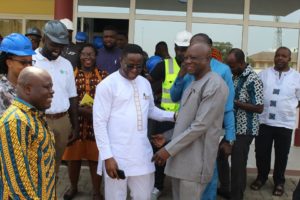 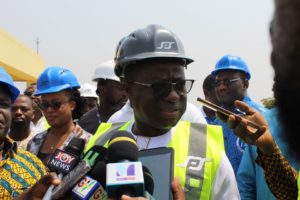 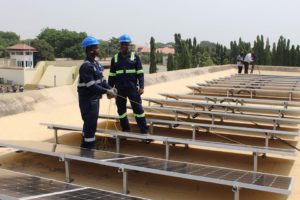 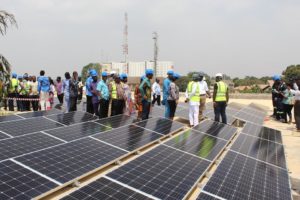 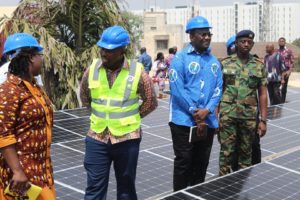 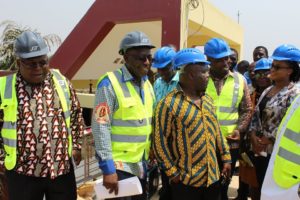 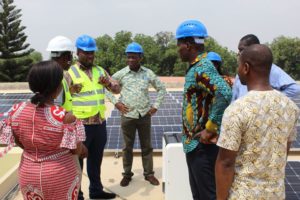