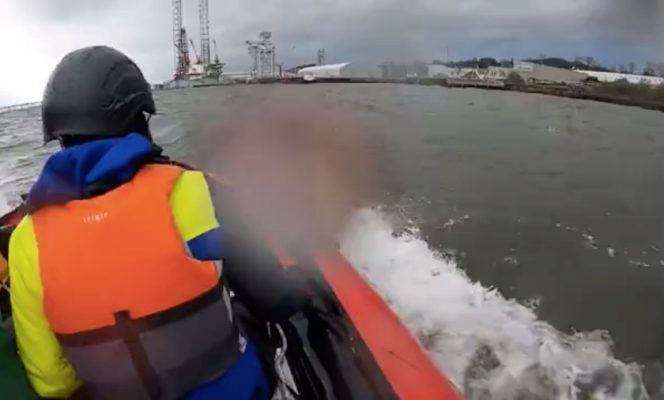 Information available to energynewsafrica.com indicate that seven people have been arrested after taking part in a protest against the oil and gas industry by climbing on a Valaris-owned and Shell-chartered jack-up rig destined for the North Sea.

The rig is currently contracted by Shell for operations in the North Sea.

The activists scaled the rig with an intention to stay up there for as long as possible to stop the rig leaving the harbor, and to halt the rig’s operations in the North Sea.

However, the environmental group in a tweet said that the activists had left the rig due to deteriorating weather conditions.

According to the BBC, the three female protesters that climbed the rig on Monday came down five hours later.

The BBC also said that a total of seven people had been arrested.

BBC also reported that seven people had been charged in connection with an “occupation” at a drilling rig at the Port of Dundee.

Despite the quick closure of the rig protest and the subsequent arrests, Extinction Rebellion said in a tweet that this was just the beginning.