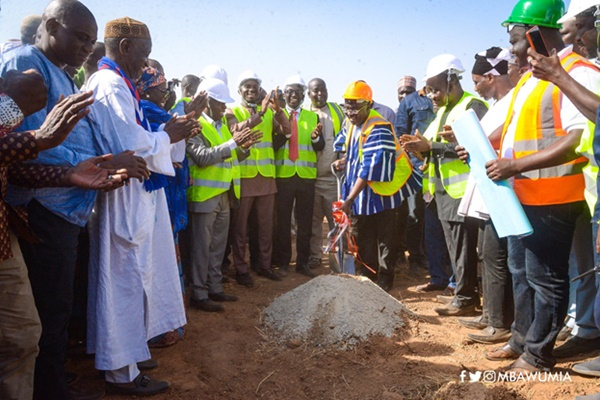 The three beneficiary towns, namely Walewale in the newly-created North-East, Tema in Greater Accra and Ellembelle in the Western Region.

Vice President of the West African nation, Dr Mahamudu Bawumia, according to information available to energynewsafrica.com, last Tuesday, cut the sod for the commencement of construction work for the Walewale health project.

The Executive Director for GNPC Foundation, Dr Dominic Eduah has told energynewsafrica.com that sod cutting ceremony would be done for the remaining two before the end of this year.

He explained that the national company cares about the health of Ghanaians, hence, its decision to prioritise the health of the people in the three towns.

Dr Eduah noted that because the GNPC places importance on the health of Ghanaians that is the reason it recently sponsored about 200 students to Cuba to undergo study and return to serve the health needs of Ghanaians.

ABOUT US
Energynewsafrica.com is a news portal established to provide credible information and news content to readers, especially players in the energy sector in Ghana, Africa and beyond. It provides a unique platform for players in the energy sector to market their products and reach a wider audience.
Contact us: info@energynewsafrica.com
FOLLOW US
© EnergyNewsAfrica 2019 | Developed by Webnerdplus
MORE STORIES
Renewable