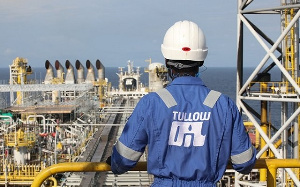 A technical consultant for the Ghana Oil and Gas for Inclusive Growth (GOGIG), a civil society in the Republic of Ghana, Mr Samuel Bekoe, has said the resignation of the Chief Executive Officer of Tullow Oil PLC’s and its Head of Exploration Unit ‘signifies doubt’ in the ability of the company and will adversely affect investor and shareholder confidence.

According to him, the share price of Tullow Plc which has plummeted by percent 50 percent may also delay revenue generation from production as compared to what the company was forecasting.

“The fact that both the CEO and the Head of the Production have resigned on the same day definitely shows signs of very significant problems in their operations in Ghana. We [Ghana] are one of Tullow’s major operation sites so we should be very concerned about the fact they are struggling to deliver what is expected of them,” he cautioned in an interview with Ghanaweb.com on Tuesday, December 10.

Bekoe advised that the country learns from this, adding that going forward, government does the necessary audit on the technical aspects and abilities of the company that is allowed to take over the production in the country’s oil fields.

Some Petroleum experts have also warned that the company will embark on some potential cost rationalization to reduce the cost base which may end up incurring debts on the country along with some of its exciting contracts likely to be terminated.

On Monday, December 9, the shares of Tullow Oil PLC on the London Stock Exchange plummeted by more than 50 percent as news of the resignation of its Chief Executive Officer, Paul McDade, was announced due to failure to meet its production targets in Ghana.

According to reports, the lead partner of the Jubilee and TEN fields could not meet its production targets due to technical problems at Jubilee as well as a delay in the completion of a well at the TEN fields.

Tullow which is listed on both the Ghana and London Stock Exchange has also faced challenges in recent months to its plans to develop oil fields in Uganda and Guyana.

The company earlier announced a revision to its key production figures stating that oil production is expected to hover around 87,000 barrels of oil per day (bopd) this year, while lowering production in 2020 of between 70,000 and 80,000 (bopd), as it undertook a review of its production performance issues.