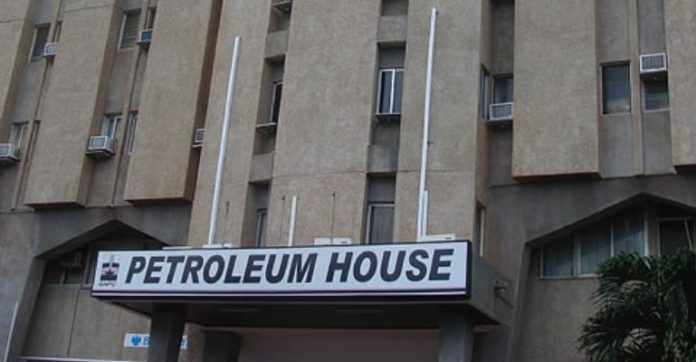 The continent of Africa is generously blessed with vast natural resource-rich environments, from renewal (such as water, forestry, and ﬁsheries) to non-renewable (minerals, coal, gas, and oil etc.) resources, according to Moti (2007). Mulwa and Mariara (2016) suggest that these resources accounts for a substantial part of public revenue and national wealth source. It is the view of Moti that a natural resource boom can serve as an important catalyst for growth and development, under the right circumstances. In the paper “Africa’s Natural Resources: The Paradox of Plenty,” Moti reveals that resource-rich African countries are richer (in terms of revenues, GDP and per capita GDP) than their resource-scarce peers.

For the hydrocarbons, which includes crude oil and natural gas in particular, it has contributed remarkably to the economies of resource-rich African countries. As a lucrative commodity, oil has empowered many countries that produce it for export, in terms of improving the lives of the populace and increasing their political power among other nations (Abubakar et al. 2016; Akakpo, 2015). A 2007 report by the United Nations Conference on Trade and Development (UNCTAD), suggest that extractive activities (including oil exploration) can have a positive effect on development by creating jobs, encouraging business and providing vital infrastructure for remote communities such as roads, electricity, education and health.

Ghana joined the league of oil producing countries a little over a decade ago when Kosmos Energy discovered oil in commercial quantities west of Cape Three Points, offshore.

Data from the Ministry of Finance (MoF) and the Bank of Ghana (BoG), suggest that Ghana’s total petroleum revenues since the beginning of commercial production up to 2018 is in excess of US$4.9 billion. These revenues are made up of Royalties, Surface Rentals, Carried and Participating Interest (CAPI), Corporate Income Taxes (CIT), and Gas sales et cetera.

Statistics from the Public Interest and Accountability Committee (PIAC) shows that between 2011 and 2018, the largest contribution to petroleum revenue for the State had been from CAPI, followed by Royalties, CIT, Surface Rentals, and Gas sales, in that order. The contribution of approximately US$2.45 billion from CAPI is almost half of the total petroleum receipts since Ghana commenced commercial production of oil (PIAC, 2019). The figures clearly shows that Ghana’s petroleum receipts had largely been derived from the contributions of CAPI, from oil production in the Jubilee; Twenneboa, Enyenra, and Ntomme (TEN); and the Sankofa Gye Nyame (SGN) fields which falls within the Tano-Cape Three Points basin.

It is in respect of the huge revenue accruing to the country via the CAPI that calls have been made in the past for the re-engineering of fiscal regime. This is to scale-up the CAPI to help the country maximize returns from the upstream petroleum sector, instead of focusing so much on CIT which is contingent on profits from Operators. And in seeking to maximize the returns from the country’s hydrocarbon resources through Carried Interest, Additional Participating Interest, and Commercial Interest; there has been a persistent argument for the capacity of GNPC to be developed, and managed professionally to assume fully the Operatorship role.

The Ghana National Petroleum Corporation (GNPC) by law, is a party to all upstream Petroleum Agreements in Ghana, with Exploration and Production investments covered under the various Petroleum Agreements. The Corporation also enters into agreements with various companies for data acquisition, as unincorporated investments. It has set for itself the overarching strategic goal of becoming a “Stand-alone Operator” by 2019 and a “World-class Operator” by 2027. As a result, in 2012 the Corporation adopted the ‘accelerated growth strategy’, anchored on four key pillars, namely: building capacity and expanding activities, replacing and growing reserves, efficient capitalization and optimum participation, and catalyzing local content development (GNPC, 2016).

Through an incorporated subsidiary (investment) – Exploration and Production Company Limited (Explorco) set up in 2012, GNPC is participating in Joint Operating Company (“JOCs”) concept/model with World-class Operators, with commercial interests held by Explorco. The aspiration is to grow its interests and participation in exploration and production activities in the country, and to achieve rapid capacity building and technology transfer to GNPC staff to enable the attainment of the organization’s goal of becoming a World-class Operator with Commercial Interest. It hopes to meet this aspiration by taking on measured commercial risk in selected blocks through its subsidiary Explorco, and build operating capability through the JOC’s concept/model.

In pursuit of becoming a “Stand-alone Operator,” Explorco has so far negotiated stakes in about 6 blocks located in three strategically focused areas in the Tano-Cape Three Points (CTP) and Keta Basins.

Up until May 2019, Ghana had a total 43 percent stake in the AGM/Aker Energy Block Petroleum Agreement (PA), made up of Carried and Participating Equity Interests of 25 percent and a Commercial Interest of 24 percent of the remaining 75 percent; equivalent to an additional 18 percent.  The government of Ghana had to reduce the official State share in the Block (which could hold billions of barrels of oil equivalent), citing the inability of GNPC to raise money to fund its interest for development and production. As a result, Ghana’s Additional Interest was reduced from 15 percent to 3 percent, Explorco’s interest was converted from 24 percent to 5 percent, and Carried Interest increased from 10 percent to 15 percent; to bring Ghana’s total Equity Interest to a paltry 18 percent.

The effect of this significant reduction of Equity Interest for the GNPC and the State, is the potential loss of over 250 million barrels of recoverable oil production equivalent (net to Ghana), which is almost the size of the entire Jubilee Field. This is equivalent to about US$15 billion (assuming a conservative $60 net per barrel) in direct revenues into the Consolidated Fund and transfers to GNPC.

According to PIAC 2019 Semi Annual Report, GNPC on two occasions was unable to lift crude oil in respect of CAPI on the SGN Field due to the Corporation’s inability to honor outstanding payments (plus interest) in respect of its equity participation in the field.

Aside losing out on the AGM/Aker Energy Block and the lifting of SGN Field cargos, the GNPC has lost out on many opportunities to move it closer to the strategic goal of becoming a “Stand-alone Operator, for lack of cash. Same GNPC had complained that it is having a funding deficit exceeding GHC1.2billion. Yet on daily basis one can find a blatant abuse of its funds which flows from the petroleum revenues. The entity has become a second-tier government, financing projects such as roads that ordinarily should have be financed by national budget. The GNPC have been undertaking questionable Corporate Social Responsibility (CSR) activities and expenditures, while foregoing vital opportunities to increase the country’s earnings from its hydrocarbons.

The deviation from its core functions is really worrisome and makes the entity unattractive. The GNPC ordinarily should be able to make enough money and pay dividend to the state by now. But since Ghana discovered oil in 2007 it has been spoon-fed by the petroleum revenues. The payments from the Petroleum Holding Fund (PHF) to GNPC are to cater for the cost of financing its activities in relation to the interest it holds in petroleum agreements, and not to be used in achieving political goals.

It would be quite challenging for GNPC to remain financially independent and sustain its operations when the State weans it off the petroleum revenue in the next few years. As a result, the advances and guarantees by GNPC to government and other State-owned Enterprises (SOEs) must cease, so the GNPC can focus on the hydrocarbons to generate more revenue for the State, and to sustain its operations.  The current over-politicization of GNPC, may make the Corporation unattractive to potential partners and investors, and unable to achieve its strategic goals.

Ghanaians were highly optimistic at the time of Ghana’s oil discovery in 2007, having hope of GNPC driving the country’s new found wealth to catapult it into the economic tiger of Africa. The expectations were anchored on what other National Oil Companies (NOCs) are doing with the black gold in other countries like Norway, Saudi Arabia, Brazil, Algeria, Angola et cetera. But the GNPC of today has left little to be hopeful of.

Stakeholders in the petroleum sector fear GNPC may veer off its mandate completely if pragmatic steps are not taken to realign them to their major objective of exploring and producing hydrocarbons in the interest of the State. The year 2019 is almost at a close, and there is no sign of GNPC coming close to its overarching strategic goal of becoming a “Stand-alone Operator” by 2019. And not until it maintains its focus on hydrocarbons, none of its goals can be achieved, and within a reasonable timeframe supposing it achieves the goals.

The writer has over 22 years of experience in the technical and management areas of Oil and Gas Management, Banking and Finance, and Mechanical Engineering; working in both the Gold Mining and Oil sector. He is currently working as an Oil Trader, Consultant, and Policy Analyst in the global energy sector. He serves as a resource to many global energy research firms, including Argus Media and CNBC Africa.