Ghana’s Minister for Energy, John- Peter Amewu has revealed that an amount of GHc 373.9 million was spent by the government as subsidies to cushion fishermen in the West African country in 2017 and May 2019.

According to him, an amount of GHC134,604,110 has so far been accumulated between January and September this year, adding that the amount is projected to rise to GHC206 million.

The Energy Minister made the disclosure during the handing over ceremony of six prototype premix retail outlets constructed by the National Petroleum Authority (NPA) at Winneba, in the Central Region, on Tuesday.

He disclosed that stringent measures instituted by the government resulted in the drastic reduction in the diversion of premix fuel by smugglers, an incident he described as detrimental to their efforts at building a just and fair society for fisher folks.

“We are told it has consequently impacted the efficient and equitable distribution of premix fuel to fisher folks, which has gone great lengths to reverse the perennial challenge of shortages,” Mr Amewu emphasised.

He commended the NPA for its effective and sustained efforts to uplift the petroleum downstream industry with the construction of the edifice as part of its Corporate Social Responsibility (CSR). 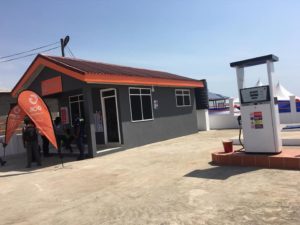 The Minister admitted there are challenges with premix fuel distribution because of subsidies on the product.

He explained that whenever there are subsidies, distribution of the product tends to create rents which also leads to middlemen smuggling of it.

He promised that his Ministry would continue to provide policy guidelines to the NPA to ensure protection is given to genuine business players in the sector. 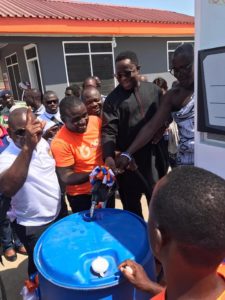 “We shall work closely with the Fisheries and Acquaculture Ministry and the National Premix Secretariat to expose fraudulent ones desperately trying to undermine the decency of premix fuel distribution and consumption in the country,” he said.

On his part, Mr Alhassan Tampuli, the NPA Chief Executive Officer (CEO), described the construction of the premix fuel outlets as demonstration by the NPA to improve standards and safety in the petroleum downstream sector.

He mentioned that the construction has, among other things, the objective to forestall recurrence of an explosion that resulted in the death of nineteen people in 2012, at Bawire, near Axim in the Western Region.

The explosion, according to Mr Tampuli, brought to fore the unsafe practices of premix retail outlets at landing beaches across the country.

He expressed the hope that the newly handed over edifice would serve the purpose for which they were constructed to ensure safe distribution and handling of premix fuel at respective landing beaches.

The project, which was fully funded by the National Petroleum Authority, was in collaboration with the state owned oil company, GOIL Ghana Limited. 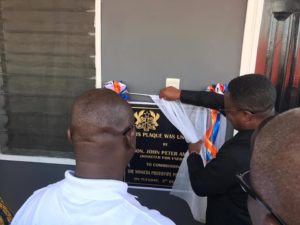 Eskom Teams Up With Police To Restore Electricity Supply In Gauteng

‘Dumsor’ is not back-CEO of GRIDCo asserts