The Akufo-Addo administration in the Republic of Ghana has reviewed the West African nation’s regulatory and legal framework governing its upstream petroleum industry.

The move, according to the government, is as a result of strategic plan to aggressively and effectively exploit the country’s petroleum resources.

The Ministry of Energy has, therefore, written to the Chairman of Subsidiary Legislation requesting a meeting to deliberate on the issue and relay the amendment in Parliament for approval for further discussion and approval.

In a letter signed by the Chief Director of the Ministry of Energy, Lawrence Apaalse, it said: “Consequently, existing petroleum legislation including Petroleum (Exploration & Production)(General), Regulations 2018 has been reviewed and a number of amendments proposed in line with the new upstream strategy. We attach hereto a copy of the Petroleum (Exploration & Production)(General) (Amendment) Regulations, 2019 for your contribution.”

The letter continued that “further to our engagement with the office of the Attorney General, we have been asked to liaise with your committee on the proposed amendment and respectfully request to engage Honourable Members of the committee on subsidiary legislation in a pre-laying meeting, prior to laying the amendment in Parliament for passage into law.” 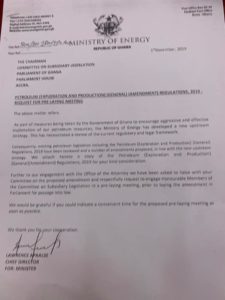 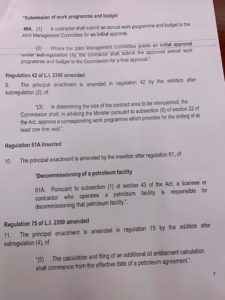 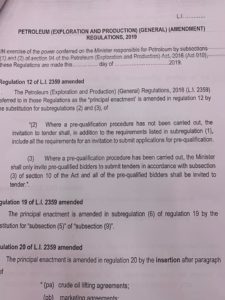 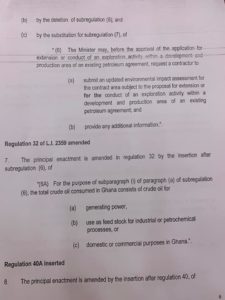 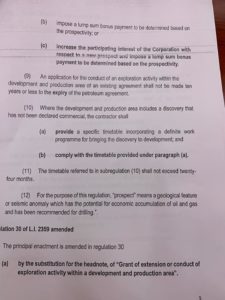 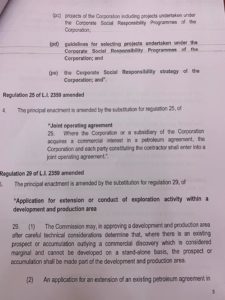