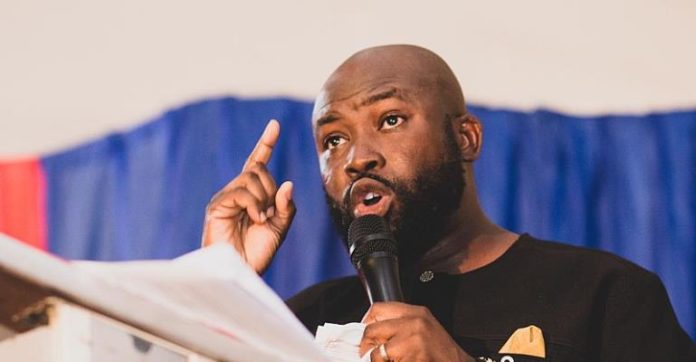 The Chief Executive Officer of the Chamber of Bulk Oil Distribution Companies (CBOD), in the Republic of Ghana, Mr Senyo Hosi has called on the government to urgently commission the various public universities to undertake a thorough study on the impact of the 4th industrial revolution on the country’s Human Resource landscape.

That, he said, would help to ascertain the necessary changes to the educational curriculum and build a system to ensure graduates are equipped with the skills they need to thrive in future.

In his view, the emergence of the fourth industrial revolution that is expected to be dominated by artificial intelligence (AI), robotics, among other technologies would fast transform the business world, hence the need for urgent reforms in the educational sector to conform with the trends.

According to modernghana.com, Mr Hosi, who was speaking at a forum organised by College of Humanities at the University of Cape Coast last Tuesday, expressed fear that the existing gap between academic institutions and industry could worsen in the near future considering the pace at which technology was modifying the world of work.

To forestall such occurrences, Mr Hosi urged the various universities to constantly “review evolving trends and assess futuristic implications on industry and ensure education is positioned to be competent to meet the requirements of the present future.”

“As a matter of policy, the University must commission annual tracer studies to assess the impact of their graduates and procure feedback from employers and managers as input for modifying or reaffirming educational strategy.

“This should include competitive studies to evaluate the superiority of the graduate in the respective Universities. I believe this must be a requirement for the revalidation of their accreditation,” he further proposed.

The 2017 Ghana Labour Force Survey Report commissioned by the Ghana Statistical Service (GSS) revealed that some 1.2 million persons from 15 years and older were unemployed, representing a total unemployment rate of 11.9%.

It is estimated that there are more than a quarter of a million of unemployed graduates in the country, a situation which is largely blamed on failure on the part of academic intuitions to equip students with the needed employable skills particularly in the area of manufacturing and technology.

Expressing worry about the trend, Mr Hosi urged universities to promote the engagement of experienced, innovative and proven corporate and public executives as part of their faculties.

That, he noted, will ensure greater connection with industry and help sustain the relevance of the education offered by the academic institutions while facilitating student and the faculty’s ability to translate theory into practise.

Mr Hosi also faulted the methods of teaching adopted by lecturers in the various universities and called for urgent review of the methods to ensure that students were imparted with the requisite knowledge and skills to meet the demands of employers.

“Lecturers must also make it a point to give students copies of their marked scripts, so they learn from the grammatical and analytical errors they make. Otherwise, you will continue to breed students who grow and make a virtue out of their errors,” he added.

He further admonished lecturers to serve as role models to their students and live exemplary lives to shape the attitudes of the students to become responsible employees and business owners after school.