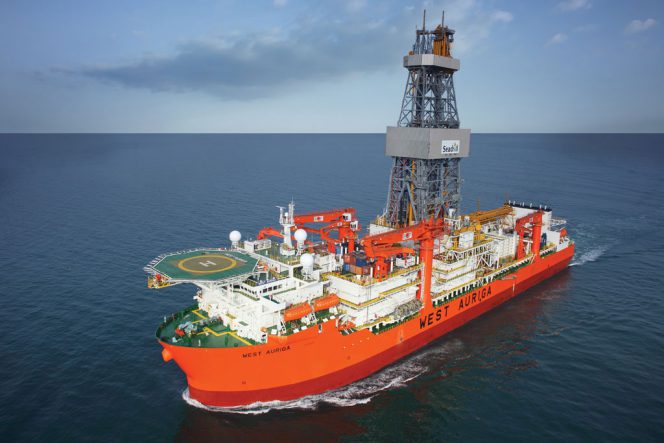 Oil major BP has started drilling at the Puma West prospect the Green Canyon Block of the U.S. Gulf of Mexico.

The news of the spud was shared Wednesday by the U.S. oil company Talos Energy, from which BP took over the operatorship of the project in September.

“The Puma West well is being drilled by the Seadrill West Auriga ultra-deepwater drillship and was spud in October, targeting Miocene sands similar to those seen in the Mad Dog development located less than 15 miles away,” Talos said in an update.

As previously reported, Talos in September signed a deal with BP for the oil major to take operatorship of Talos’ Green Canyon Block 821 containing the Puma West prospect, and to drill the well.

Talos in September said that, while the Puma West had not been in its original drilling plan, “by moving quickly the company is able to work with a world-class operator in a potentially significant subsea tie-back project located on Talos acreage.”

The hull and topsides of the Argos platform are currently under construction in South Korea, with oil production from the facility expected to begin in late 2021.