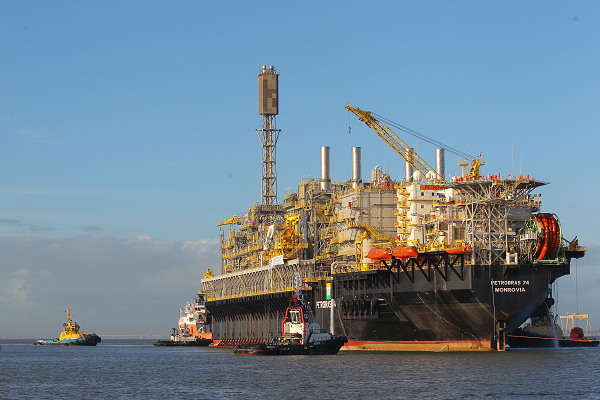 In the licensing round for the offshore areas in the ”transfer of rights” (TOR) areas oil companies will be bidding for ownership in Buzios, Sepia, Atapu, and Itapu oil fields.

The Transfer of Rights area round differs from traditional offshore exploration rounds in that the acreage offered has confirmed reserves and low exploratory risk.

The national oil company Petrobras has already exercised its preemptive rights -according to Brazil’s laws – to act as the operator of the Buzios and Itapu areas with a minimum of 30% stake ownership in any winning consortium.

The national petroleum regulator ANP has shared that the signing bonuses for the four areas could bring in around 104,8 billion reals (or $26.2 billion) at a minimum if bids for all four areas on offer are received. The TOR auction is scheduled for Wednesday.

MODEC Issues $1.1 Billion In Bonds To Refinance FPSO In Brazil