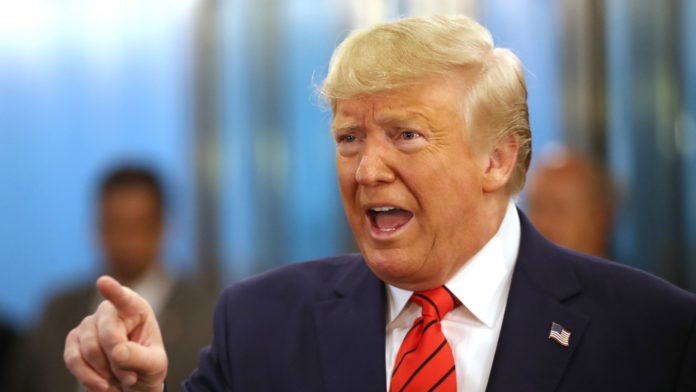 The Trump administration showed support for energy innovation in the United States this week, issuing a report that directly outlines how U.S. shale production is positively impacting both the economy and the environment.

Speaking at the 9th Annual Shale Insight Conference in Pittsburgh, President Donald Trump said that shale production is “saving energy producers millions of dollars in compliance costs, while maintaining sterling environmental standards.” Trump pointed out that, in the course of the development of the domestic shale industry, “we set an economic boom of truly historic proportions, bringing prosperity back to cities and towns all across America.”

The Council of Economic Advisors (CEA), an agency within the Executive Office of the President, issued its report, titled “The Value of U.S. Energy Innovation and Policies Supporting the Shale Revolution” to coincide with Trump’s conference visit.  The report outlines the rise in American oil and gas production, and its concomitant effect on cost and price; consumer savings driven by energy price declines made possible by shale exploration; and both total and shale-related changes in emissions in the U.S.

Increasing domestic energy production. The report states that, from 2007 to 2019, innovation in shale production brought an eight-fold increase in extraction productivity for natural gas and a nineteen-fold increase for oil. These productivity gains have reduced costs and spurred production to record-breaking levels. As a result, the U.S. has become the world’s largest producer of both commodities, surpassing Russia in 2011 (for natural gas) and Saudi Arabia and Russia in 2018 (for oil). CEA estimates that greater productivity has reduced the domestic price of natural gas by 63%, as of 2018, and led to a 45% decrease in the wholesale price of electricity. Shale production also has reduced the global price of oil by 10%, as of 2019.

Lowering consumers’ energy costs. The CEA estimates that, by lowering energy prices, the shale revolution saves U.S. consumers $203 billion annually, or $2,500 for a family of four. Nearly 80% of the total savings stem from a substantially lower price for natural gas, of which more than half comes from lower electricity prices. Oil accounts for the other roughly 20% of the savings, most of which are transportation sector savings on fuel costs.

Surpassing the EU in greenhouse gas reduction. According to the report, the shale revolution also has reduced energy-related Greenhouse Gas (GHG) and particulate emissions through changes in the composition of electricity generation sources. The CEA estimates that, from 2005 to 2017, the shale revolution lowered energy-related GHG emissions by 527 million metric tons per year, or 9% of GHG emissions in 2005. This contributed to a greater decline in GHG and particulate emissions (relative to the size of the economy) in the U.S. than in the European Union over that period.

“I promised that, as President, I’d unleash American energy like never before, because our natural resources do not belong to government, they belong to the people of this country,” Trump told conference attendees. “With unmatched skill, grit and devotion, you are making America the greatest energy superpower in the history of the world.”