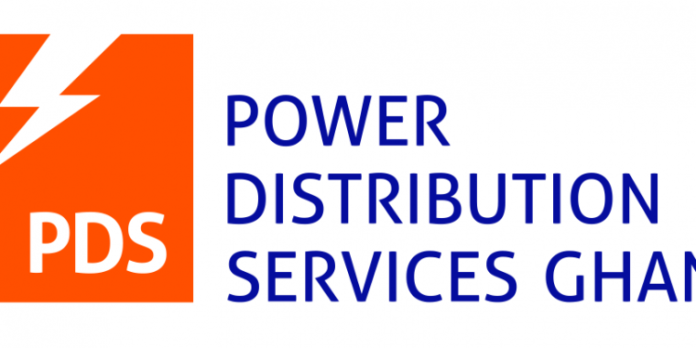 On the 30th of July, the nation woke up to the sudden announcement that government had suspended, with immediate effect, the 20-year concession agreement between it and the Power Distribution Services (PDS) for the take-over of the distribution functions of the Electricity Company of Ghana (ECG).  This, surprising and seemingly “swift and firm” action, we were told was effected as a result of the detection of “fundamental and material” breaches of PDS’ obligation of Demand Guarantees (Payment Securities) which is a key requirement in the whole concession agreement.

However, this infamous PDS saga, and particularly the suspension announcement, is now showing itself up as simply a Grand Deception by the government, with the sole intension of protecting the President from implication in the whole deal and to distant him from any knowledge or involvement in this shameful corruption scandal.

Indeed, on the surface, the singular act of suspension of the concession agreement with PDS would adequately fool the casual observer and the masses, as it effectively paints a picture of a “tough”, “no-nonsense” President, who had just discovered that some very, very dirty deals were being perpetrated behind his back to steal the people’s valuable asset (ECG) for the selfish benefit of only those few individuals behind the PDS.

However, upon careful scrutiny of the intriguing issues involved in the deal and the chronology of related events, prior to the suspension announcement, leads us to actually make the inference that the “suspension” action was actually faked to divert attention from the fact that the President was fully aware of what went on in the PDS deal.  The suspension action had to be quickly taken, as unfolding events preceding the announcement were leading to the likely exposure of the unholy deal and the likelihood of letting the “cat out of the bag” and lay bare to the public the truth about the scam.  As they say, emerging events were casting their shadows and the President saw the dark clouds fast gathering so he quickly took the action to protect himself

The facts of the matter are that over the four months or so after PDS took over the functions of ECG on March 1st, 2019, things had not been well with the power supply industry, as a whole.  PDS had consistently failed to meet its financial obligations to the bulk producers of power (VRA and the IPPs) and the system operator (GRIDCO), who together, constitute the value chain for the supply of the power that PDS sells to consumers.  Naturally, the power producers and the transmission utility begun to agitate against PDS for non-payment of power already supplied to it for onward sales to consumers.  This situation arose because instead of paying the utilities in the value chain, described above, PDS was using the proceeds of power sales to pay for the Demand Guarantee, required under the concession agreement (something it should have done before taking over the national assets of ECG).  This fact is adequately reported in the media (i.e. Daily Guide Newspaper of Monday, September 9, 2019 (front page and page 3), under the caption: PDS “Milks” ECG to pay $12 million guarantee).

At this point, it would be recalled that PDS, in self-defense, came out to claim that it had a contract with only ECG and therefore did not owe any utility in the power supply value chain.  This posture of PDS begun to create tension among the industry players and was beginning to undermine the stability and financial health of the whole power sector, making it difficult for the utilities to find money to produce electricity and therefore pushing the whole country towards the threat of power curtailment and a looming power supply crisis.  At this stage, something had to be quickly done before the situation got out of hand and the secret “behind-the-scene” deals (that have now come to light) got exposed and out of control and possibly engulf the President.  So, to protect the President and parry off any possible references to his possible prior knowledge or direct involvement in the scheme, the sudden and unexpected suspension gimmick was effected.

In other words, the suspension announcement was designed to make it appear as if the President got “angry”, upon getting to know what was going on with the PDS deal and decided to quickly act to, as it were, “save the public purse” and the strategic national asset (ECG).  Indeed, this assertion is supported by a report on the front page (and page 16) of the Ghanaian Times Newspaper of Saturday, August 10, 2019 with caption: Suspension of PDS power agreement: We’re protecting $3bn ECG assets – Says President).

Since that action by government against PDS, a number of activities, events and actions that are going on in the power distribution market, indicates quite clearly that PDS never got suspended, in the real sense of the word, but is rather still very much in control of that mandate to distribute power in Ghana, in place of ECG.  For example, the company has put out several public notices to customers with regards to services and supply of power to this day.  The company has also continues to issue bills and collect payments from consumers for the months of August and September, even though the suspension is supposed to be still in force, having taken effect from the 30th of July, 2019.

So, we must pause to ask: Did PDS ever get suspended?  The simple and straightforward answer to this equally simple and straightforward question is: No, PDS never got suspended, in the real sense of the word!  It is now clear that the hasty announcement, “suspending” PDS with “immediate effect”, was a farce and only intended to hoodwink the whole Ghanaian populace.  The chronology of the sequence of events in this PDS/ECG scandal speaks for itself:

Government just took us all on wild “merry-go-round” by announcing the suspension and then going behind us and getting other government agencies (EC and ECG) to take up the responsibility of giving back the distribution and sales mandate to the supposedly suspended entity.  This way, government’s real intention (protecting the PDS deal involving the family and friends) is concealed.

So, is it surprising that the Board Chairman of the PDS, Mr. Philip Ayensu, confidently declared that the outcome of the investigation commissioned by the government would clear them of any wrongdoing? (Daily Guide, Tuesday, August 6, 2019, page 3)  Actually, we believe in Mr. Philip Ayensu’s assertion because he knows very well what “the game plan” is.  The President has used this game plan so frequently (without variation) that we are all now very familiar with this sly modus operandi of the President, which is: first, feign innocence of a scandal, second, suspend the individual (or entity) involved in the reported offence, then later clear that corrupt culprit of any wrongdoing.  A few examples out of the many corruption cases could help to establish the pattern of the President’s actions on corruption and to confirm that, truly there exists a “game plan” and that it is real:

Clearly, there is a “method to the madness” and “the game plan” is, indeed, a well-rehearsed script, which goes like this:

Step 1: Lie low until the stealing by cronies becomes a scandal in the public domain

Step 2: Feign innocence by quickly “suspending” that crony or relation “with immediate effect”

Step 3: Dribble the public by instituting the conduct of sham “investigations”

Step 4: Clear the culprit on the basis of the “investigation” and announce to the public that there was no wrongdoing.  Finish! Case closed!  Life goes back to normalcy and the family and friends continue to enjoy their booty, shamelessly.

This is precisely what is happening with this infamous PDS scandal and so we should not be surprised that PDS is back working, even in the face of being “suspended with immediate effect.  We are now only waiting for the obvious – an announcement clearing them by the Clearing Agent!

What a grand deception!!!