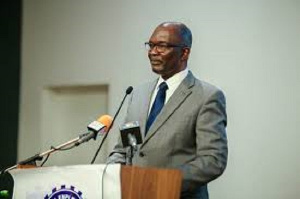 The cost of power in the Republic of Ghana still remains among the highest in the sub-region and serves to increase the cost of production for industries in the country, the Ghana Employers Association has said.

According to the Business and Financial Times(B&FT), President of the Ghana Employers Association (GEA), who was addressing members at this year’s annual general meeting of the association in Accra, said the cost of power remains a hindering factor to the competitiveness of local business and must be driven down significantly.

He said such a move will no doubt retain existing investors and attract new local and foreign ones into productive sectors of the economy, thereby creating the much-needed jobs.

“Cost of electricity in the country remains comparatively high within West Africa; the reduction in electricity tariffs last year, particularly for industry, was a welcome development but we still have some work to do in the area of lowering tariffs even further for industrial and commercial users.”

Mr. Acheampong argued that in the drive toward an aggressively industrialised economy, government needs to, as a matter of policy, discriminate some more in favour of ‘process power’ as against ‘utility power’, given the value-addition impact of the former on the economy.

The Association of Ghana Institute (AGI), in its 2nd Quarter Business Barometer Report, cited cost of power as the key driver in many local manufacturing industries’ collapse.

Mr. Acheampong further urged government to urgently accelerate the pace of developing other cost-effective forms of renewable energy, in order to enhance the country’s pedigree as the best business destination for West Africa.

“These forms of energy are not only cheap in the medium- to long-term, but are also environmentally friendly,” he noted.

The GEA president commended stakeholders of the business landscape for the sustained industrial peace at both national and enterprise levels, which he argued will facilitate increased investments into the economy.

Mr. Acheampong indicated: “As we strive to position the economy to attract both local and foreign investments to undertake transformational projects that will create jobs and sustainable development to the people, industrial harmony among social partners is a requisite for higher productivity, sustainability of enterprises and business growth”.

He further opined that sustained macroeconomic stability for inclusive growth and development is absolutely necessary in the country’s quest for rapid transformation.

For him, having all stakeholders working in mutual trust and confidence with government, and having wider discussions on broader macro-economic and social policy decision-making, will help build a stable and predictable economy that enables businesses to plan effectively. He said it is therefore necessary for continual dialogues, negotiations and consultations among employers, labour and government so as to maintain peace on the industrial front.

Offshore Technology Conference: How Did It Benefit Ghana?