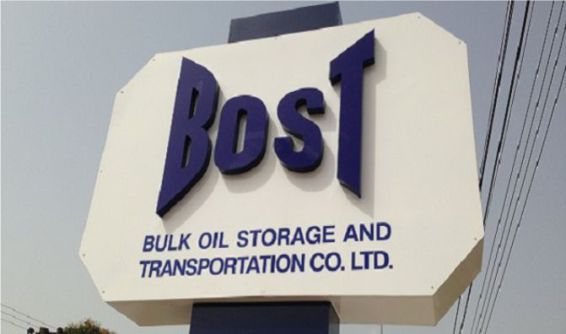 A management member of the state-owned Bulk Oil Storage and Transportation Company (BOST), in the Republic of Ghana, Mr Van-Gogh is allegedly desperately scheming to make the newly appointed Managing Director of the strategic national asset, Mr Edwin A. Provencal unsuccessful.

Mr. Van-Gogh, who is the General Manager in-charge of field operations, according to energynewsafrica.com‘s investigation has allegedly been inciting staff of BOST against Mr. Edwin A. Provencal, barely ten days in office, after being appointed to replace the immediate past MD George Mensah Okley who resigned from the post.

Documents available to energynewsafrica.com indicate that prior to the appointment of Mr Edwin Provencal, Mr Van-Gogh authored a three-paged statement which described him as the best person to replace Mr. George Okley and pushed it to the unionised staff of BOST to publish it in the media to catch the eyes of President Akufo-Addo.

According to our sources which described Van-Gogh as one of those who allegedly caused the down fall of the immediate past MD, the union rejected his idea.

Energynewsafrica.com sources allegedly indicated that when Van-Gogh) realised that the union were not in favour of his agenda to occupy the MD post and the subsequent appointment of Mr Edwin Provencal, he plotted another means by way of issuing threats and insults to some of the union executives.

His alleged unacceptable behaviour and lack of respect for workers compelled the union to petition the board to investigate his conduct.

“The General Manager Field Operations, Mr Van-Gogh Bagnaba, in recent times, has demonstrated some unacceptable behaviour which is in total violation to the collective agreement and the labour Act 651,” the union said in its petition.

“Prior to the appointed of Mr Edwin Provencal as Managing Director of BOST, Mr Van-Gogh Bagnaba called upon the union, through social media, to support his nomination to become the Managing Director as per the attached document marked as exhibit A.”

The petition continued that “we maintained our professional conduct as we have done in all transitions that the company has experienced and did not show our support for him as per his request, neither did we meddle in the work of the appointing authorities.”

The petition cited instances where Mr Van-Gogh threatened some staff of transfers, interdiction and dismissals if they failed to pass vote of no confidence in the executives of the union.

The petition called on the management to institute punitive measures against any employee or group that misconducted themselves or violated the rules of engagement.

The board is expected to meet the union and Mr Van-Gogh this week on the allegations.

Energynewsafrica.com will keep our readers updated on the conclusion of the board’s decision. 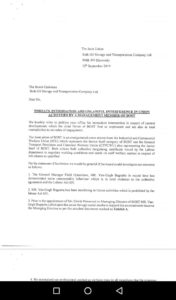 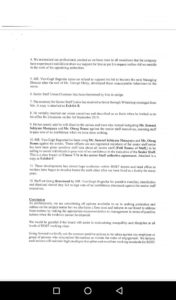 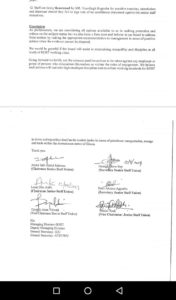