The losses by vandals attacking oil pipelines in the southern Niger Delta are equivalent to $204.4m over a year.

The announcement was made by Igo Weli, general manager of the Shell Petroleum Development Company of Nigeria (SPDC), which is a joint venture between Shell and the Nigerian government.

“These attacks were on critical assets that produce the crude oil, which accounts for over 90% of Nigeria’s foreign exchange earnings and the bulk of government revenue,” Mr Weli is quoted as telling a workshop on pipeline vandalism in the oil city of Port Harcourt on Monday.

Since 2012 he said the company had discovered and removed 1,160 points where thieves were stealing the oil. 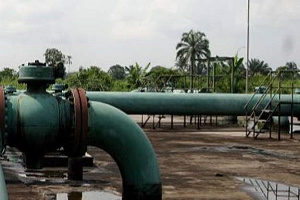 Mr. Weli was also critical of a lack of development in the Niger Delta, where most people remain poor despite the vast wetlands rich oil resources

“There is a community in the Niger Delta that has received over 2bn naira ($5.5m, £4.5m) from SPDC joint venture for its development, but is yet to develop,” Mr Weli reportedly said in a report filed by  the Premium Times.

“The region receives 13% derivation, revenue from NDDC [the Niger Delta Development Commission government agency] and funds from companies, but still has not developed,” he said.

“The Niger Delta has refused to develop despite the huge monies allocated to the area. So, we need to ask ourselves the critical questions to change the Niger Delta narratives.”

Halliburton To Bring Pre-Salt Expertise To Libra Development In Brazil