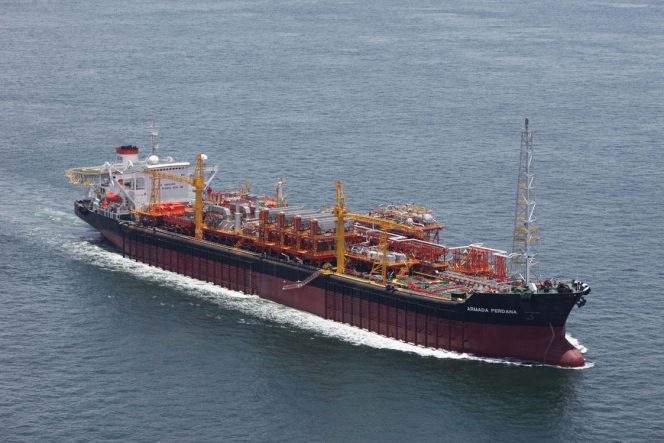 Malaysian FPSO provider Bumi Armada has sold its FPSO Armada Perdana for a price of $40 million for re-deployment on a field located offshore Nigeria.

Bumi Armada said in a Bursa Malaysia filing that its subsidiary, Armada Oyo Limited (AOL), had entered into an agreement with Century Energy Services Limited (CESL) for the sale of the Armada Perdana FPSO for a consideration of $40 million.

Offshoreenergytoday reported on Friday that CESL plans to re-deploy the vessel to another field in Nigeria, Bumi added.

CESL has already paid a $4.5 million deposit, and another million is payable before the end of the year. An amount of $11.6 million will be fully and finally settled against amounts owing by the companies within the Bumi Armada Group to CESL as of July 31, 2019.

Additional vessel expenses from August 1, 2019, up to the date the vessel is delivered which CESL incurs on behalf of the Group, will also be set off against the purchase price.

Furthermore, $5 million will be paid on or before the earlier of six months after the delivery date or when oil is first produced in the field to which the vessel is deployed and the remaining balance of $17.9 million will be payable within two years from the first oil date.

To secure the unpaid portion of the purchase price, Bumi Armada said it would hold a mortgage over the Armada Perdana FPSO.

The conclusion of the sale of the Armada Perdana FPSO will absolve the group from its demobilization obligations.

Before it was bought by CESL, the Armada Perdana FPSO had previously operated on Erin Energy’s Oyo field located offshore Nigeria.