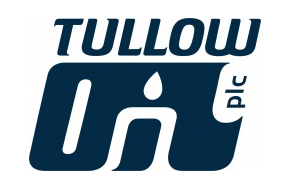 Tullow Oil plc says it has been informed that its farm-down to Total and CNOOC has been terminated by the government of Uganda on August 29, 2019 following the expiry of the Sale and Purchase Agreements (SPAs).

Tullow was unable to secure a further extension of the SPAs with its Joint Venture Partners, despite previous extensions to the SPAs having been agreed by all parties.

The termination of this transaction was a result of being unable to agree all aspects of the tax treatment of the transaction with the Government of Uganda which was a condition to completing the SPAs.

While Tullow’s capital gains tax position had been agreed as per the Group’s disclosure in its 2018 Full Year Results, the Ugandan Revenue Authority and the Joint Venture Partners could not agree on the availability of tax relief for the consideration to be paid by Total and CNOOC as buyers.

Tullow would now initiate a new sales process to reduce its 33.33% Operated stake in the Lake Albert project which has over 1.5 billion barrels of discovered recoverable resources and is expected to produce over 230,000 bopd at peak production.

The Joint Venture Partners had been targeting a Final Investment Decision for the Uganda development by the end of 2019, but the termination of this transaction is likely to lead to further delay.

“Tullow has worked tirelessly over the last two and a half years to complete this farm down which was structured to re-invest the proceeds in Uganda. Whilst this is a very attractive low-cost development project, we remain committed to reducing our operated equity stake. It is disappointing to report this news at a time when we are making so much progress elsewhere towards the growth of the Group with our recent oil discovery in Guyana and the first export of oil from Kenya,” Paul McDade, CEO of Tullow Oil stated.