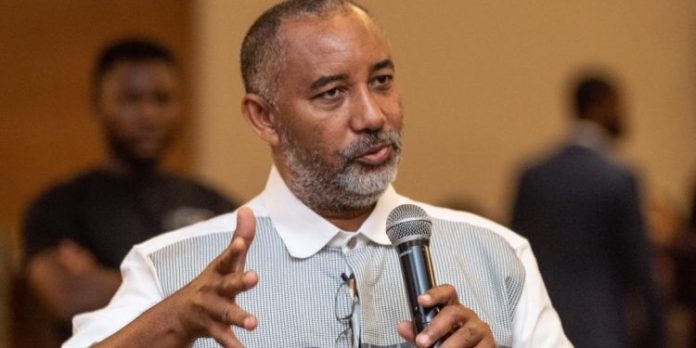 I was in a conference in UK when I was once told that Africa must be worrisome of China’s intentions when they give out these seemingly ridiculously ‘cheap’ loans.

I thanked the speaker for that advice and responded by saying “I wished my ancestors had had this same advice when his ancestors came bearing what seemed like ‘gifts’ in the 1400s”.

There is generally more “bashing” of Chinese investment going on these days. From the U.S-China trade war, to other recent happenings in the global economy, there has been a negative spotlight on China’s investments; I don’t know why nor who is promoting this.

The bottom-line is that Africa needs long term investment (money) at low rates to develop its much needed infrastructure. This development is the catalyst for economic growth – roads, bridges, and power to help industrialize. Also needed are support processes for most of the raw materials that abound naturally on the continent, and the development of schools and hospitals required to improve our standard of living.

Generally speaking however, the source of investment money is not usually the problem; the investment terms are.

The lender or investor- in this case China, would have mitigated that risk by asking for some alternate source of payment from some other assets that generates less risky cash flows like some exports – as in the case of the Bui Dam and the Atuabo Gas project’s which received payments from our cocoa and from our oil respectively which China ensures by being the off taker.

The West, who have been Africa’s trading partners for ages (since the 1400s and who have benefitted tremendously from that trade), have not been forthcoming with the partnership Africa needed to grow its economy in the high single digits as needed for us to achieve middle income status.

They have found whatsoever excuses not to get their development banks to assist African countries; citing many things like demand/supply issues, bad governance, instability, corruption etc. Which, don’t get me wrong are all legitimate reasons not to lend to a country; more especially when you don’t want to lend.

Noteworthy is the fact that, building a refinery in Africa or industries to process our raw materials will mean closing down many industries in the West, thereby reducing their GDP and loss of jobs which would result in economic slowdown in those parts of the world. They could also ensure that we don’t build these industries that produce finished goods or value added raw materials by imposing tariffs on our goods, and going into price wars etc.

So, mildly put, Africa has not been in an advantageous position in this negotiation with the West; and to be blunt, Africa has been at the mercy of the West and has become very frustrated.

Then come the Chinese who now need secure sources of raw material for their industries to achieve their quest to be the manufacturing hub of the world and soon, the world’s largest economy. As such, this lucrative trade bloc, Africa, is being courted to achieve their objective – to be the preferred trading Partner i.e. moving that cherished position from the West to the East.

The Chinese, who are cash rich and are already heavily invested in the West – own 20-25% of all US Treasuries – have a diversified investment portfolio and can use their development banks – CBD and China EXIM – to facilitate this trade with Africa, by giving the much needed long term loans to fulfil Africa’s quest for development and economic growth.

The downside to this is; African countries are not prioritizing their projects based on the sound criteria any investment firm would – i.e. spend the money on projects that will be a catalyst for their economies directly or indirectly, rather than just nice-to-have projects.

And, the catch here is that the Chinese are not running your governments nor are they responsible for the decision on what project should be prioritized, or which project is best for your economy. If the project meets the Chinese lending criteria and the African countries agree to the terms & conditions – representations, conditions precedent and continuing, covenants, default clauses and remedies- the loans will be drawn down.

The fix – the Western world ought to insist African countries abide by all the ‘good governance’ principles that are universally prescribed to. This includes the opportunity for the people of the country to question all these nice-to-have projects which government; whose existence government always explains away with flimsy reasons. With little or no project monitoring and reporting mechanisms for the citizens to evaluate if these projects were truly beneficial to the country.

All loans (and especially Grants and Aid) are done to the benefit of the donor or lender countries. Yet Africa is in a unique and good position to negotiate with the West by courting the East.

Several examples of this advantage abound. For instance, when Ghana was given a 10-year loan by China to build the Atuabo processing plant, the World Bank all of a sudden became interested in advancing money to Ghana, and it then became a policy to approve.

Obama’s Power Africa Initiative – to fund power in Africa- was not purely a kind gesture of an Africa-American president wanting to give back, it arose from the policy to curb China’s grip on Africa’s trade.

So, it is Africa’s time to be smart and to know the value of its assets, which the West need so badly. We need to appreciate every competitive advantage we have, and use it as a strength in formulating our trade and foreign policy.