Since March this year, the Power Distribution Services (PDS) Ghana had been responsible for managing the retail, and distribution business of the Electricity Company of Ghana (ECG), following government’s decision to executed the second Millennium Challenge Compact (MCC) with the U.S. government with the objective of, inter alia, increasing private sector investment and the productivity and profitability of micro, small, medium and large scale businesses.

Among the six projects within the second compact is the ECG Financial and Operational Turnaround Project (EFOT), which seeks to introduce a private sector participant in the management and operations of ECG, and key policy and institutional reforms that will provide more reliable and affordable power to Ghana’s businesses and households, through Millennium Challenge Corporation’s US$498 million compact.

As a result the Millennium Development Authority (MiDA), the supervising agency of the MCC Compact, embarked upon a competitive procurement process which resulted in the selection of Manila Electric Co. (Meralco), a Filipino company and a group of Ghanaian investors to manage, operate and invest in ECG’s operations for 20 years, in the name of PDS as the Concessionaire. 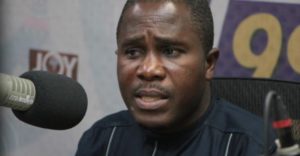 It was expected that the PDS would invest over US$580 million in Ghana’s power sector within the next five years after receiving the Assets and Operations of the ECG on March 1st 2019. ECG becomes an Asset Holding Company in this case, and after the end of the Concession, all assets would be transferred back to it.

Everything seem going well for PDS, until on the eve of July 30th 2019, the government of Ghana through the Ministry of Finance (MoF) and the ECG announced the suspension of the concession agreement with the consortium with immediate effect, suggesting that the ECG is back to manage power distribution in the country.

As per the statement signed by the Minister for Information, Kojo Oppong Nkrumah, government’s decision follows the detection of “fundamental and material breaches of PDS’s obligation in the provision of Payment Securities (Demand Guarantees) for the transaction which have been discovered upon further due diligence.” According to government, the Demand Guarantees were key prerequisites for the lease of assets on 1st March 2019 to secure the assets that were transferred to the Concessionaire.

While assuring the general public and customers that the development will not interfere with the distribution of electricity services, government indicated that it is conducting a full enquiry into the matter, and that the outcome will inform the next line of action.

Government’s statement was further reinforced by various functionaries of the state while they sought to shed more light on the issue.

According to the Minister of Energy Mr. Peter Amewu, an officer who executed the Guarantees (Lease Payment Security and BSA Payment Security) from Al Koot, a commercial insurer and re-insurer, based in Qatar was not authorized and that the guarantees were forged. This according to Mr. Amewu, was detected following series of due diligence tests the guarantees were subjected to by the ECG. Mr. Kojo Oppong Nkrumah also added that the company that issued the guarantee have indicated that the mandate to issue that guarantee was irregular. As a result, a full scale-inquiry has been launched by the government and the other organizations to unravel the extent of the breach and the necessary action to follow. To the extent that the deal will be cancelled if it emerges that there was a deliberate attempt to defraud the country.

And according to Deputy Energy Minister, Mr. William Owuraku Aidoo, initial investigations points to a grand plan to deceive the state, and that government is convinced that PDS misrepresented some of the requirement for the takeover.

There have been several calls by Ghanaians from all walk of life, and other development partners following the suspension of the concessionaire agreement, with each blaming the fallout on one person/group or the other.

The Africa Centre for Energy Policy (ACEP) has blamed MiDA for what it describes as the gross negligence in the award of the concession agreement. ACEP’s claim is that MiDA bent the procedures to create room for the consortium to win the bid even though they did not meet the conditions. It is also convinced that Government officials who played a role in the agreement signed between PDS and the government of Ghana, have questions to answer.

The Member of Parliament (MP) for Adansi-Asokwa and a former Deputy Minister for Energy, Mr. Kobina Tahir Hammond, has called for the prosecution of all those involved in the concession agreement with the PDS if it is proved that there was a fraud. The legislator who is also a Member of the Mines and Energy Committee, contends that the committee raised red flags on the deal but okayed it due to assurances from the government.

A former UN adviser on governance Prof. Agyemang Duah, has also said that the suspension of the deal by government few months down the line is an indication of a shoddy work done. He blames the government and some others officials for not doing thorough due diligence; suggesting that rushing major contracts worth millions of dollars will land the country in loses if care is not taken.

The U.S. Embassy in Ghana have also added their voice to the calls, by urging the government to conduct a thorough forensic audit into claims of fraud regarding its contract with PDS, in order to fully establish the facts of the matter.

The Place of Due Diligence

A former Chief Executive Officer of the Volta River Authority (VRA) Dr. Charles Wereko-Brobby has accused government for rushing to meet the deadline of the second MCC Compact. He believes the government should have done due diligence before signing the contract, instead of now trying to do the due diligent after the fact. To him, the country was forced to take the decision without necessarily satisfying certain preconditions.

On his part, Dr. Kwabena Donkor who is also a member of Mines and Energy Committee in Parliament and MP for the Pru East Constituency, accused the Finance Minister for not doing proper due diligence before bringing finality to the agreement with the PDS.

And in the view of ACEP, apart from Meralco the other parties in the consortium were not known, which was enough basis for MiDA to be meticulous in checking the background of the companies to ensure that they, at least, have the financial capacity to assume the business with a cash flow of US$4billion.

But both government and MiDA are fighting off the accusation that they were negligent in the exercise of their duties to thoroughly follow procedures and scrutinize documents presented by PDS before a final agreement was signed.

According to the Information Minister, it was rather Ghana’s diligence over the agreement that revealed the breach by PDS, arguing that the principle of due diligence has always been an ongoing process, and not an event. And that, the nature of the breach was such that it was difficult to detect at the initial stage.

MiDA also maintains it followed due diligence throughout the handing-over process, and that they did not massage the process. That, even though the parties agreed to waive some of the conditions precedent (which is allowed) and commit them as conditions subsequent, MiDA and the rest of the stakeholders suggested to government that “as for the guarantees until they have been issued, the transfer shouldn’t take place.”

The Special Prosecutor (SP) Mr. Martin Amidu may have turned down calls for his office to probe the PDS saga, with an excuse that the office of the SP has no mandate to investigate financial and economic crimes. However, there enough reasons for the SP to be interested in the entire concessionaire agreement which today is in total mess.

There is a case of circumvention of process for PDS to win the bid and take over the operation and management of the ECG, to the extent that “conditions precedent” were relaxed and made “condition subsequent. I am sure this may interest the SP to interrogate the extent to which due process was followed in the award of the contract. It may confirm or otherwise the considered opinion of some section of Ghanaians that the agreement was cooked from the very onset for someone, judging from the manner things were done in a rush.

That if the country paid $50 million in services, in advice – hiring lawyers, advisors, consultants to help with the takeover process, yet the country ends up with a suspended deal; it may be of concern to the SP, at least for purposes of “value for money.”

And to the extent that the PDS has so far not injected the needed financial capital as stipulated under the concession agreement, but rather been depending on ECG’s existing funds (including expected payments) for their operations and to shore up their capital requirements, amounts to a clear breach of the transaction. Wouldn’t this also interest the Special Prosecutor to call for the file on PDS concession agreement?