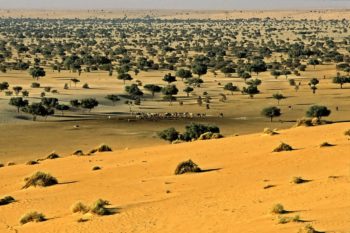 The government of Niger is shrinking the borders on one of its nature preserves to allow oil and gas exploration.

The government will partially declassify its Termit and Tin-Toumma Nature Reserve to allow China’s CNPC to operate three oil blocks in the area.

The blocks were awarded to the company in June 2008, four years prior to the 100,000 sq km preserve being created.

The CNPC expansion project in this area is part of Niger’s policy to increase national oil production to 110,000 bpd in the coming years.

The Termit and Tin-Toumma Nature Reserve is considered by UNESCO as one of the last bastions of the Saharan fauna because of its low human presence.