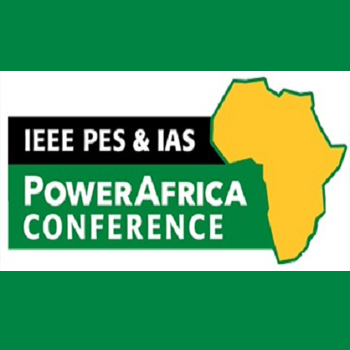 With barely a week for the West African country, Nigeria, to host this year’s PowerAfrica Conference in Abuja, energynewsafrica.com brings you the profile of some of the speakers billed for the four days’ conference.

This year’s Power Africa Conference, which is the 6th edition, is expected to bring together academics, professionals and other stakeholders to review the state of power and energy challenges in Africa and proffer sustainable solutions.

The theme for the conference is: ‘Power Economics and Energy Innovations in Africa’.

Sreekumar Nhalur Sree is keen to use his professional skills towards making Energy a catalyst for sustainable development. He joined Prayas (Energy Group) in 2000 after working in the industry for 14 years in ‘IT applications to power’.

He works to improve electricity service to the poor and democratize sector governance. This is through policy analysis, regulatory interventions and capacity building of civil society groups.

He also devotes some time to the Hyderabad section of the Institute of Electrical & Electronics Engineers; Knowledge In Civil Society, a trust involved in strengthening knowledge commons in Science & Technology and Ananda Bharathi, a school for under-privileged girls.

James R. (Jim) White (Moderator) James R. (Jim) White has been the training director of Shermco Industries, Inc., in Irving, Texas since 2001. He is a certified electrical safety compliance professional (CESCP) through the NFPA and one of approximately 130 Level IV senior certified technicians through NETA.

White is a senior member of IEEE and past chairman (2008) of the IEEE Electrical Safety Workshop. In 2011, he received the IEEE/PCIC “Electrical Safety Excellence” award, and in 2013 he was honored with NETA’s “Outstanding Achievement Award.”

John Nelson John Nelson, Founder and Senior Consultant, started NEI in 1982 and continues to dedicate his life to the company he created. John has an extensive engineering background and possesses a wealth of instrumental knowledge. He is an IEEE Life Fellow, the highest honor bestowed upon an engineer.

Also, John has authored dozens of technical papers on topics such as protection, arc-flash, grounding, and safety. To this day, John spends a majority of his time on-site and in the field rather than at his desk.

This gives him knowledge and perspective on power systems that is unparalleled in the industry. John received his Master of Science in Electrical Engineering from the University of Colorado Boulder in 1975

Daleep C. Mohla Daleep C. Mohla’s dedication to developing safer equipment and promoting safety standards has helped reduce the number of electrical-related accidents in the workplace over the past 25 years.

With experience designing and constructing the electrical infrastructure of petrochemical facilities while with Union Carbide from 1976 to 2001, Mohla employed his “safety by design” concepts, examining each infrastructure design aspect to maximize safety, resulting in many innovations. To spread his safety concepts, Mohla became very involved in the standards field, assisting in creating new standards and modifying existing ones.

During the 1990s, Mohla served as chair of the Electrical Functional Team of the Process Industry Practices group, convincing industrial entities to share electrical safety designs.

Ghana:  GRIDCo CEO Declare 2020 As A Year Of Growth

Eskom lays out plans to avoid loadshedding this winter

Auditor General’s Report: We Have Honoured All Tax Obligations-GOIL