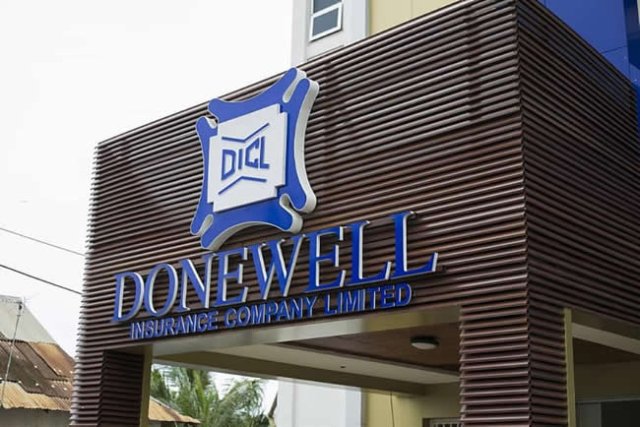 The company in a statement said, all appropriate processes were followed throughout its handling of the deal and accused Qatar-based Al-Koot Insurance and Reinsurance Company of deceit.

Government of Ghana about two weeks ago suspended the concession agreement Electricity Company of Ghana signed with the Power Distribution Services Ghana Limited over what it described as the ‘fundamental and material’ breaches of the agreement.

PDS worked with Donewell Insurance to finance the deal. They then engaged Jordanian based broker JoAustralia Reinsurance Brokers who were tasked with the job of finally making the required payments to secure the final demand guarantees from Al Koot.

But Al Koot on July 16, 2019, through its Chief Officer General Insurance, Mr Osman Hag Musa, wrote to ECG alerting them about a situation of fraud in which the initial guarantee submitted was allegedly forged by an employee of the company who lacks the authority to issue such a guarantee.

Donewell explains in the statement that a key component of the agreement was to find an ‘A’ rated Standard & Poor’s company to reinsure the Guarantee and DICL’s brokers, JoAustralia Reinsurance Brokers secured a cover from Al Koot in accordance with international best practices.

The company, in view of this, “expresses its deepest shock at and disagreement with the allegations made by Al Koot in its letter dated July 16, 2019.”

The statement added: “It is important to note that in an email dated July 22, 2017 sent by Yahya Ali Al Nouri, the Reinsurance Manager of Al Koot, in which Osman Hassan Hag Musa, the author of the July 16, 2019 letter was copied, Mr Al Nouri is designated as a signatory to the technical documents of Al Koot. On February 26, 2019, Al Koot made a request to JoAustralia to arrange a full retrocession of its share/portion of the risk/guarantee; which request was acceded to by JoAustralia.

“On April 16, 2019, JoAustralia sent a credit note to Al Koot notifying the latter that in accordance with the mutual agreement between the two companies, JoAustralia had credited Al Koot’s holding( Client) Account as per a credit note dated 16th April,2019,” the statement.

In the circumstances, DICL as a responsible corporate citizen welcomes the decision of the Government of Ghana to investigate the allegations of fraud related to this transaction, the statement added. 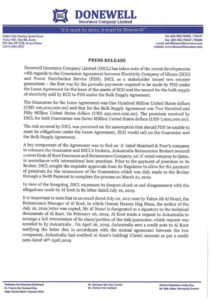 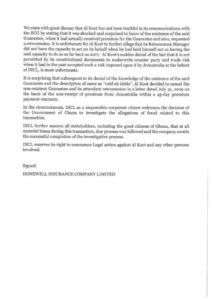