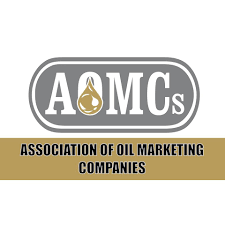 The Association of Oil Marketing Companies in the Republic of Ghana has explained that some of its members who were cited in the 2016-2017 Auditor’s Report as having defaulted in their tax obligations have fulfilled “these obligations honourably.”

The Association, thus, sees no reason the media should feast on the report and make it look as if its members were wrongdoers.

Media reports suggested that the Auditor General’s report has cited OMCs such as GOIL, Radiance Energy, Star Oil and others for defaulting in taxes and levies due to the state.
But a statement signed by Kwaku Agyeman-Duah, who is the Industry Coordinator and Chairman of the Association of Oil Marketing Companies, offered clarification.

Our attention has been drawn to some media discussions on a section of the above report, implicating some OMCs/LPGMCs in the non/delayed payment in petroleum taxes and levies in respect of November 2016 to November 2017.

Most of the OMCs/LPGMCs mentioned in the report therein have fulfilled these obligations honourably. The few others have either had their indebtedness rescheduled or reconciled appropriately.

Some of the purported debts were as a result of liftings which were tax exempt, but have since been appropriately reconciled and declared. Audit queries per such indebtedness have been duly addressed and OMCs/LPGMCs have been cleared from list of defaulters.

It is pertinent to note that the nature of tax payments usually results in some form of arrears from month to month on Ghana Revenue Authority (GRA) books, due to when petroleum products were lifted and when the 21 + 4 days payment window starts and ends.

The period under review (November 2016 – November 2017), witnessed unprecedented spate of the illegal fuel smuggling which culminated in the delay or non-payment of taxes, a result of low sales at retail outlets due to stock turnover from fourteen (14) days to forty-five (45) days on the average.

It is noteworthy that we are obliged to pay the taxes whether products are sold or not, hence OMCs/LPGMCs resort to borrowing from banks at high interest rates to settle such taxes, reducing their financial strength especially so, when bulk consumers like unpaid contractors are amongst the defaulters. Nevertheless, it is in this vein that we are clamouring for a “Pay As You Sell” (PAYS) policy, where OMCs/LPGMCs pay taxes on volumes of products sold, not just on the volumes lifted within a window.

Finally, we would like to reiterate the commitment of over one hundred and thirty (130) OMCs/LPGMCs (who routinely pay their taxes), to continue working closely with the major stakeholders to ensure maximum revenue generation for government and entrench our position as responsible corporate citizens.