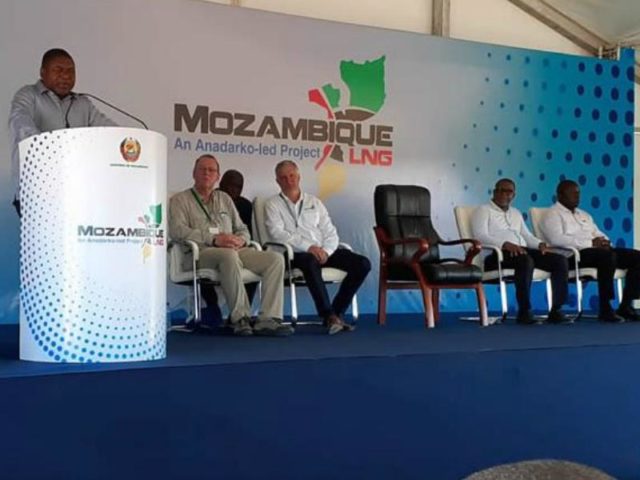 Mozambique’s President, Filipe Nyusi, has laid the foundation stone of an LNG project of a consortium led by US multinational Anadarko.

The project is located in the area where Anadarko and its partners discovered approximately 75 trillion cubic feet (tcf) of recoverable natural gas in Offshore Area 1, in the Rovuma Basin.

Rovuma Basin Offshore Area 1 involves piping the gas to factories onshore (known as trains) where it will be liquefied, in preparation for export.

A total investment of around $23 billion is expected, making this LNG project by far the largest investment in Mozambican history.

It will make Mozambique the largest producer and exporter of gas in Africa. Exports should start in late 2024 or early 2025.

According to the Mozambican government, the project will make available about 400 million cubic feet of natural gas per day to the domestic market.

Anadarko Mozambique Área 1 Lda., a wholly-owned subsidiary of Anadarko Petroleum Corporation, is the Area 1 Offshore operator with a 26.5% stake.