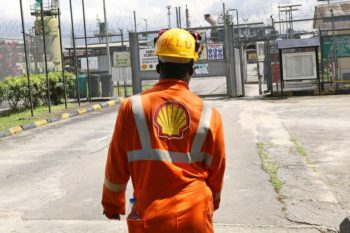 The management of Shell Nigeria Exploration and Production Company (SNEPCO) has rescinded its decision to relocate its supply base from the Oil and Gas Free Zone, Onne to Lagos port.

This follows protest by the River State Youth Federation.

Speaking with journalists, President of the group, Saviour Patrick, described the decision of SNEPCO as a welcome development for youths in the state.

Patrick praised the company for yielding to the concerns raised by the youths about the negative impact the relocation would have on the economy of Rivers State and the Niger Delta region at large.

It would be recalled that youths in the State had last year staged a peaceful protest at the SNEPCO supply base, asking the company to rescind its decision to relocate the base from the free zone in Onne to Lagos port.

The youths, who condemned the move, had stated that the planned relocation would lead to the loss of more than 5,000 direct and indirect jobs.

While pledging the group’s resolve to maintain peace in the State, Patrick said, “We want to thank SNEPCO for them to have re-considered their decision. We have several workers working with them and most of them are of Rivers indigene. So if they had relocated to Lagos, it certainly means most of our youths will be disengaged from their work. We really want to appreciate them to have heard the cries of the youths of the State.

“We also want to plead with them to engage more youths in the State. They have done well but we also want more from them. They should carry us along in their activities to achieve a better atmosphere for everyone at Onne community,” he said.