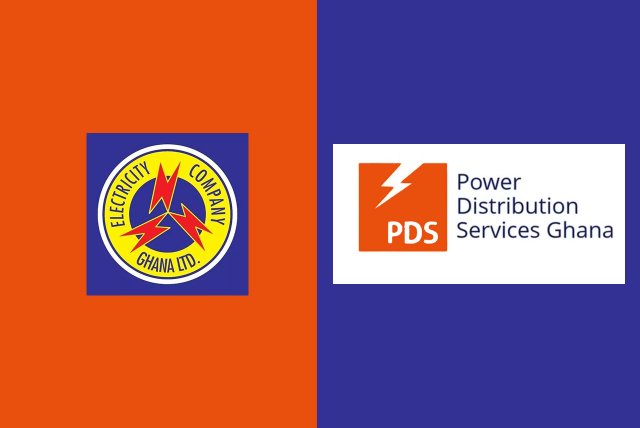 The Electricity Company of Ghana (ECG) and Power Distribution Services have cautioned the public against feasting on rumours and what they described as ‘uncollaborated’ information from unauthorized quarters and using them to create an impression that there is confusion between them and independent power producers in the country.

The Chamber of Independent Power Producers, Bulk Distributors and Consumer (CIPDIB), last week, issued a threat that its members would be compelled to shut down their plants if ECG and PDS failed to settle their $700 indebtedness.

In a statement issued and signed by the Chief Executive Officer of CIPDIB, Elikplim Kwabla Apetorgbor, it urged the government, through the Ministry of Energy, to compel PDS and ECG to expressly pay all accumulated invoices to the IPPs within the next seven days.

The statement noted that payment for power supplied to ECG had not been forthcoming, following the transfer of distribution business of ECG to Power Distribution Services in March.

With the four-year power crisis which was witnessed between 2012 and 2016 still fresh on the minds of a section of Ghanaians, those who did not want to be served with another load shedding, waded into the issue and raised questions.

This apparently did not sit well with ECG and PDS, thus, prompting them to issue a joint statement about the issue.

In a statement jointly signed by the Managing Director of ECG, Ing. Samuel Boakye-Appiah, and CEO of PDS, Rev. Ing. William Hutton-Mensah, it said “We wish to urge the general public to exercise due care in taking onboard rumours and uncollaborated information especially from unauthorized quarters.

“Any electricity supply challenge of significance will be properly brought to the direct attention of the general public, and its attendant mitigation arrangements will also be properly spelt out,” the statement added.

The statement further noted that “ECG continues to play the role of Asset Owner and Holder of the Power Purchase Agreements (PPAs) and, thus, continues to be responsible for handling all matters relating to the supply and payment for power the IPPs.

“We wish to assure that general public that ECG and PDS and the IPPs are maintaining very good working relations during the transition period, and we’re working through various challenges which alter not uncommon in such transition arrangements,” the statement said. 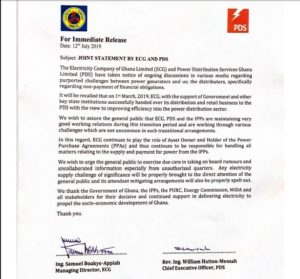 Noor Abu Dhabi Commences Operations With A Capacity Of 1,177MW