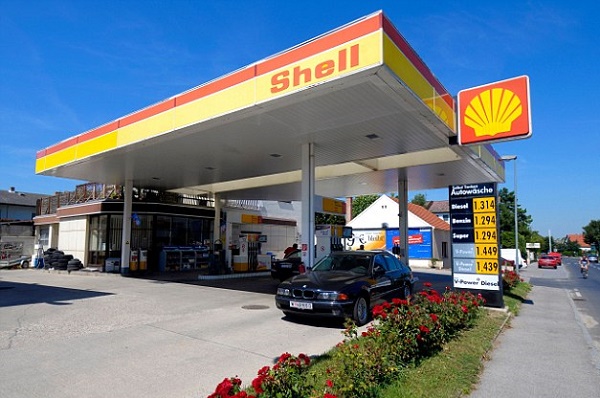 Two armed robbers allegedly stormed a Shell filling station at Tema Motorway roundabout in the Republic of Ghana and made away with their sales and other valuables in what could be described as daylight robbery.

The incident was captured on the supermarket’s Closed Circuit Television (CCTV).

The two robbers were said to have dressed in a pair of jeans and shirt to match, entering the shop and holding the three female attendants on duty hostage at gunpoint.

Sources say the robbers arrived in a Toyota saloon car at about 11:51 am on Sunday, July 14, 2019 with a bag behind them, instructing the attendants to keep their mouth shut before marching them to the accounts office.

The footage which lasted 1:52 seconds also showed the robbers directing the attendants to lay down before demanding for money while they ransacked the cash boxes.