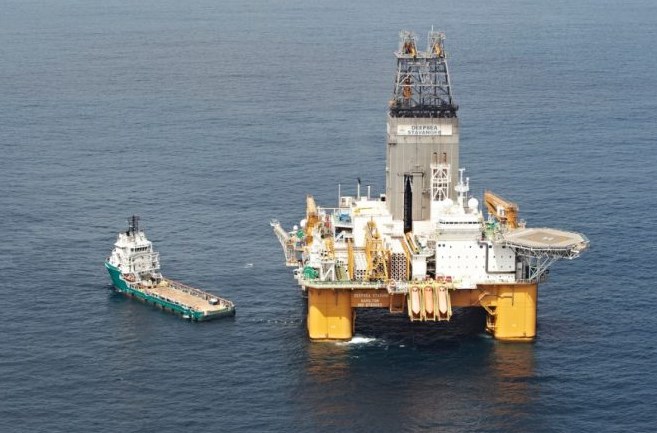 Norwegian E&P player Aker BP has made an oil find in the Liatårnet well located in the North of Alvheim and Krafla-Askja (NOAKA) area offshore Norway.

Aker BP said on Friday that it was completing the Liatårnet exploration well which holds a gross resource estimate of 80-200 mmboe.

According to the company, further data acquisition and analysis will be undertaken to determine the drainage strategy and recovery factor for the discovery, located in license 442 in the North Sea.

“The exploration success at Liatårnet is an encouraging result of a long-term strategy to unlock the exploration potential in the NOAKA area and provide the basis for an area development. The discovery represents a significant addition to the NOAKA resource base,” Evy Glørstad-Clark, Senior Vice President of exploration at Aker BP said.

Aker BP is the operator and holds 90.26 percent interest in license 442 with its partner LOTOS holding the remaining 9.74 percent.

In late June, the Petroleum Safety Authority (PSA) gave Aker BP a consent to use the Deepsea Stavanger rig for the drilling of the Liatårnet well, designated 25/2-20.

The Norwegian Petroleum Directorate granted a drilling permit for this well on Monday, June 17.

Including the preliminary volume estimates from the recent Liatårnet discovery, the gross resources in the area are estimated to be in the order of 700 mmboe.

Aker BP and the other partners have performed detailed studies of different development solutions for the NOAKA area. The development should capture all discovered resources in the area and facilitate future tie-ins of discoveries.

These studies have resulted in two alternative development solutions with one involving two unmanned production platforms supported from an existing host in the area while the other solution involves a new hub platform in the central part of the area which would entail processing and living quarters with Aker BP favoring the second concept.

Aker BP said in its 2Q financial report that it was planning to drill a new exploration well in the third quarter on the Nipa prospect in license PL 986 which has a pre-drill unrisked volume estimate of 35-115 mmboe.

Venezuela Just Lost One of Its Largest Fuel Suppliers