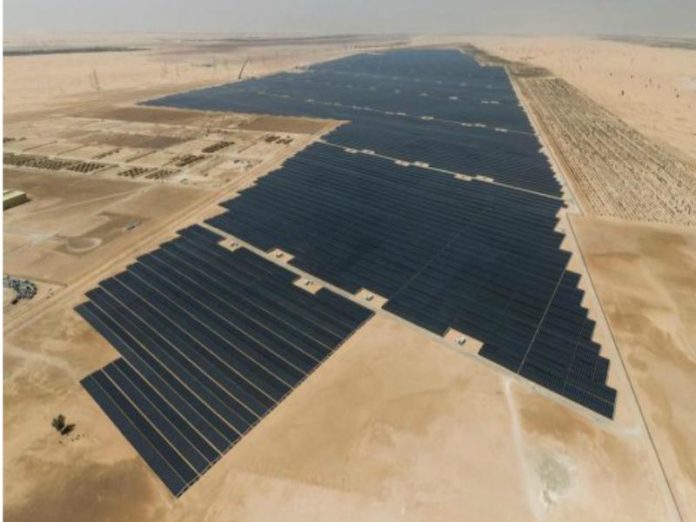 Emirates Electricity and Water Company (EWEC) has revealed that the Noor Abu Dhabi, one of the world’s largest independent solar plants, has commenced operations.

The plant, located in Sweihan in Abu Dhabi, has a total capacity of 1,177MW, and is a joint venture between the Abu Dhabi Power Corporation and a joint effort between China’s Jinko Solar Holding and Japan’s Marubeni Corporation.

The $871 million plant will allow Abu Dhabi to increase renewable energy production, helping offset carbon emissions by one million metric tons per year, the equivalent of removing 200,000 cars off the street, as the region reduces its reliance on natural gas.

The plant consists of over 3.2 million solar panels, over an area of eight square kilometres, and besides its size, it sets a record for the world’s most-competitive tariff, at just 8.888 fils per kWh.

Mohammad Hassan Al Suwaidi, chairman of EWEC, said: “The completion of the project marks a significant milestone in the UAE’s Energy Strategy 2050, launched in 2017, to increase the contribution of clean energy in the total energy mix to 50 per cent by 2050 while reducing the carbon footprint of power generation by 70%.

“This is in line with the sector’s transformation strategy by providing alternative sources of energy that can help us improve the sustainability of the water and electricity sector.”

Ghana: Gov’t To Abolish Take Or Pay Policy In The Energy Sector In August.