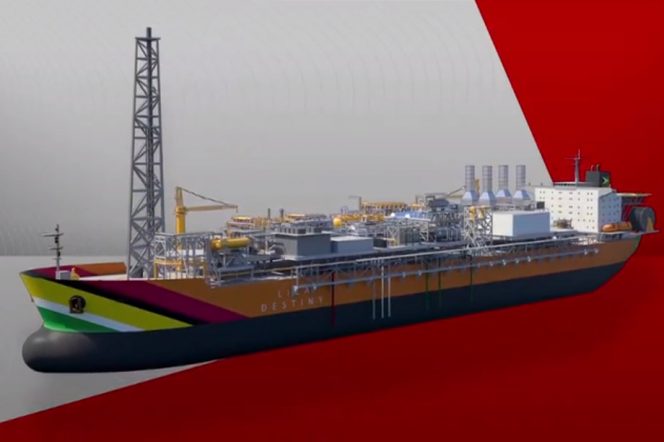 During the ceremony, SBM Offshore’s CEO Bruno Chabas said: “This is a very special vessel, which will be the first to operate offshore Guyana. It is a great achievement by all involved in the EPC phases thanks to excellent teamwork. SBM Offshore is very much honored to play its part in this journey for our client ExxonMobil and was honored to host as Godmother the First Lady of the Co-operative Republic of Guyana, Her Excellency Madam Sandra Granger.”

The FPSO has a 120,000 barrels a day capacity and is part of the first phase of the Liza field development.

ExxonMobil’s Liza field sits in the giant Stabroek block, which covers almost 27,000 square kilometers, circa 200 kilometers offshore Guyana and where ExxonMobil has struck more than a dozen oil discoveries which are yet to be developed.

Following arrival in Guyanese waters later this year the SBM Offshore installation team will install the FPSO on the offshore location field. The FPSO, the first of several to be deployed in Guyana, will be spread moored in water depth of 1,525 meters and will be able to store 1.6 million barrels of crude oil.

Ghana: Calls For Taxes To Be Removed On LPG Surprising-Charles Adu-Boahen