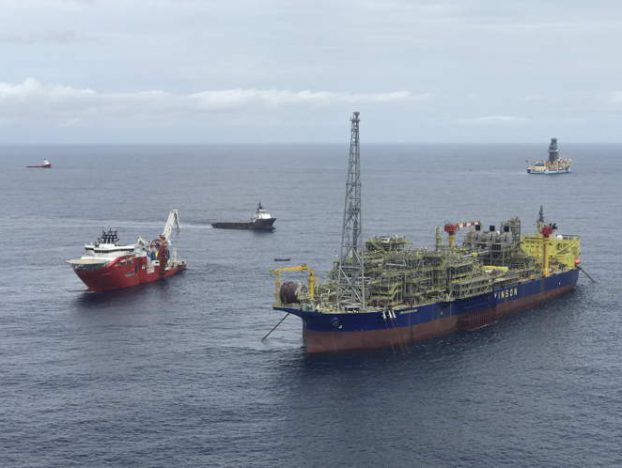 Malaysian Floating Production and Storage vessel provider Yinson has received a $13 million payment from a Japanese consortium regarding the proposed sale of stake in a Yinson subsidiary which owns and operates the John Agyekum Kufuor FPSO in the West African country, Ghana.

To remind, four Japanese entities in 2017 teamed up to buy a 26 percent stake in  Yinson Production (West Africa) from Yinson.  Yinson at the time said that the Japanese consortium would pay between $104 million $117 million for the transaction.

Yinson on Thursday said that Japan Sankofa Offshore Production Pte. Ltd. “had on 20 June 2019 made the payment for the remaining consideration amounting to a total sum of $13.0 million” for the proposed sale of a 26 percent stake in Yinson Production (West Africa) Pte. Ltd.

A little over a year ago, the Malaysian FPSO company said that the proposed disposal had been completed on June 6, 2018, but the final $13 million payment was subject to the passing of the first year anniversary of the transaction completion date.

Yinson on Thursday said that following the $13 million payment, the total final consideration for the disposal was $117 million “which is the maximum Consideration receivable for the Proposed Disposal.”

Built by Singapore’s Keppel, the FPSO is 333 meters in length and is 60 meters wide. It has a storage capacity of 1.7 million barrels, a double hull to reduce environmental risks, and a treatment capacity of 58,000 oil barrels per day.

It has a design life of 20 years without dry docking and can be moored in an average water depth of 1,000m with a total topside weight of almost 15,000 tonnes.
The FPSO’s gas injection capacity is 150 mmscfd while the maximum future gas export capacity is 210 mmscfd.

Ghana: Ghana Gas, Others Fail To Pay $3.4b Penalties Into Petroleum Holding Fund