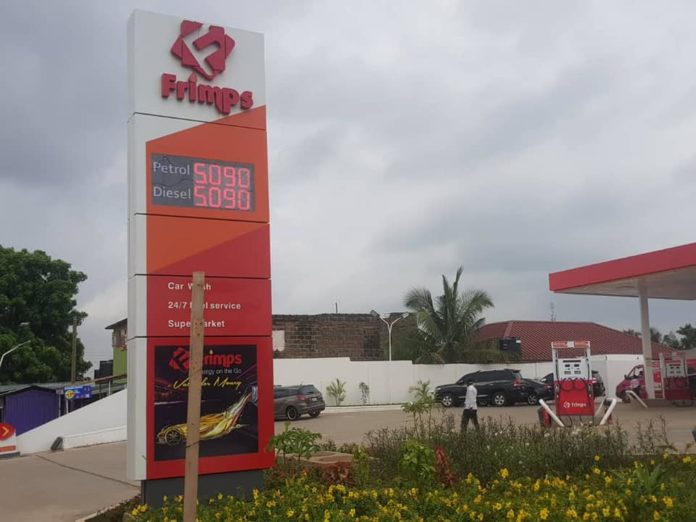 One of the Oil Marketing Companies in the West African nation, Ghana, which is being accused of cheating its customers has denied reports that customers at some of its filling stations are being shortchanged.

According to Frimps Oil, it values its customers and would therefore not cheat them in any way because of their trust in the quality and affordability of their products and services.

This follows inspections carried out by the Ghana Standards Authority (GSA) which has exposed 10 fuel filling stations engaged in under-delivering.

A statement issued by the Authority said in addition, that two companies Galaxy Oil, Spintex Road and Agapet, Spintex Road had broken the GSA seal without permission.

It said in summary, out of 65 stations visited, 55 delivered right quantities whilst 10 under-delivered, while two companies had broken the GSA seal without permission.

However, in a statement to explain their side of the story, Frimps Oil said the GSA “were at our station at Tetegu on March 18 and our station passed the inspection and verification tests carried out on that day. The Tetegu service station has not been ‘cheating’ our customers as they so put it.”

It added that “Frimps Oil as a corporate entity will never make a deliberate attempt to ‘cheat’ our customers. The issue at hand where the GSA locked some of our pumps (not all) happened on May 2, and since then, it has already been corrected. The GSA had already visited 60 of our filling stations and just two of them had some technical issues with their pumps.”

The company said they have technicians that are always travelling within their stations to ensure that all of their pumps are working correctly.

“This is because, since pumps are machines, sometimes they can either oversell or undersell. As such, we have corrected the issues raised by the GSA at the Tetegu and Spintex service stations,” it stated.

It has assured customers that it “will never seek to act dishonestly by willfully cheating its customers in order to gain an unfair advantage.”