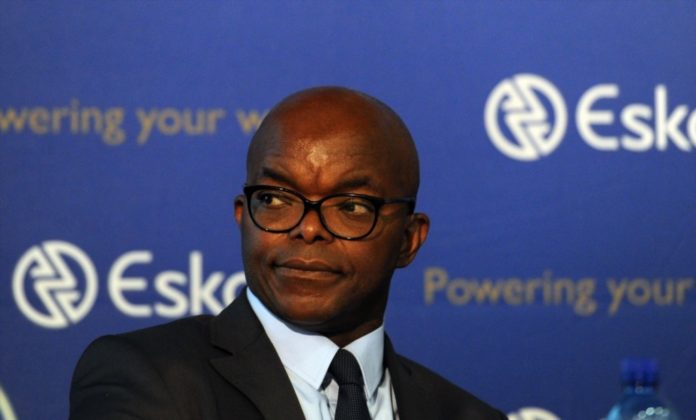 Chief Executive Officer of South Africa’s power utility company, Eskom, Phakamani Hadebe has announced his sudden resignation due to what he described as ‘unimaginable demands’ which is impacting on his health.

Hadebe will officially leave Eskom at the end of July 2019.

“It is no secret that this role comes with unimaginable demands which have unfortunately had a negative impact on my health. In the best interests of Eskom and my family, I have therefore decided to step down,” said Hadebe in a statement issued by Eskom on Friday night.

“I am humbled and grateful to have contributed towards the stability for an organization that is critical for our economy. I am particularly grateful to the board, the EXCO, and all our employees for their resilience and support during this journey.”

According to Eskom chair Jabu Mabuza, Hadebe has been instrumental in driving stability at Eskom during a very challenging period at the organisation.

“We have learnt to depend on his resilience to drive the kind of transformation that South Africa expects of our organisation. Appreciating the toll that this takes on an individual, we have had to, with regret, accept his decision,” said Mabuza.

The Eskom board said it is grateful to Hadebe for his commitment to ensuring leadership stability as a critical factor in the successful implementation of Eskom’s “strategy to deliver on both our commercial and developmental mandate and as such will be engaging with him over the coming two weeks to ensure continuity and a steady transition”.

Hadebe served in senior management positions in both the private and public sectors.
Most recently he was CEO Corporate and Investment banking at Barclays Africa.

Prior to that, he was the CEO of the Land and Agricultural Bank, a state-owned enterprise which he managed to turn around to operate profitably over five years during his tenure.

Hadebe spent most of his career at National Treasury.