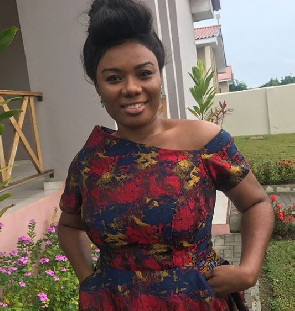 Checks conducted by energynewsafrica.com regarding PDS’s APP has exposed the mischievous act of TV3’s Bridget Otoo for claiming that she has been defrauded by PDS through the APP.

Bridget Otoo, on Thursday, called on Ghanaians to desist from making any electricity payment on the new PDS app claiming that it is a scam.

According to the journalist, the application that is supposed to provide convenience to consumers to pay their light bills with ease is rather stealing from them with no service rendered.

Taking to Twitter, the journalist explained why she thinks the system is a scam aimed at defrauding unsuspecting users.

“PLEASE do not use @pdsghanaltd mobile app!!!! the officer says it’s on pilot bases, I won’t get the money I lost back, plus he won’t even advise me to use it. In. His own words “I have heard the complaint, saaaaa” He didn’t even log mine in eiiiii #Incompetent,” she posted.

“Please for your own good and safety, DO NOT USE THE ECG MOBILE APP!” she concluded.

Surprisingly, her post was given prominence by some major online portals including peacefmonline.com and modernghana.com, without cross checking from the Power Distribution Company whether her claim was genuine or out of ignorance.

However, energynewsafrica.com can confirm that PDS’s App has been working efficiently and Ms Bridget Otoo herself has used the APP severally and was duly credited.

Records available to energynewsafrica.com indicate that Ms Bridget and other customers have used the Application to purchase electricity credit for years.

Her latest purchase was on 10th May, 2019, and her meter was duly credited, albeit there was a delay in the SMS text communication to her phone.

When a customer purchases electricity via the App, the Company’s Server communicates with the meter to credit it with the purchased amount.

PDS, however, acknowledged that, sometimes, the SMS message to customers’ phones delays.

This is often due to failed internet connectivity. The text messages that delay, sometimes, accumulate and reach customers in bulk immediately the network improves, when they have started using the credit already.

This cannot be the basis to describe the App as a scam which customers have been using for years now.

Customers on the Nuri brand of meters, who have used the PDS App, can attest to the fact that it is a functioning tool.

The delayed text message challenge, which has existed for some time, according to a relaible source, is being addressed by the new Company, PDS.

.
When energynewsafrica.com’s Michael Creg Afful contacted Bridget Otoo to speak to her on the evidence of she using the App, Ms Bridget, who spoke in a harsh tone, dropped the call.

When Mr Afful called her again, Bridget Otoo disrespected Mr Afful by saying that she wanted to speak to credible media houses and warned him not to call her line again.