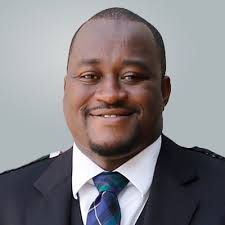 A Petroleum Economist and Political Risk Analyst, Dr. Theophilus Acheampong, has said Aker Energy cannot be said to have made new oil discoveries rejecting claims made by policy think IMANI Africa at a recent press conference.

IMANI Africa at a press conference last week had said that Aker Energy had made new oil discovery outside its original period for oil exploration and thus the discovery is subject to a new petroleum agreement that should see government rake in more revenue.

But commenting on the issue which has generated debate on whether or not Aker Energy’s discovery constitute new oil find outside the exploration period or outside the scope of Aker’s contracted area, Dr. Acheampong, Dr Theo Acheampong, who is a Fellow of IMANI-Africa has insisted that the Norwegian company has so far acted in a manner consistent with the laws of Ghana.

“I have read the Petroleum Agreement, E&P Law and other legislation in detail, and it is likely (I could be entirely wrong if new technical evidence establishes otherwise) that the so-called discoveries are not really new discoveries but an extension of the same Pecan development in the same delimited contract area for production and development left by Hess. Thus, no new PA is required,” Dr. Acheampong said in an article.

The Petroleum Economist said if IMANI’s claim about government missing out on a US$30 billion oil find is premised on the fact that Aker made a new oil find, then that claim cannot be wholly true.

In Central Africa, A Revolutionary Driller Is Teaching Us A Lesson About Oil