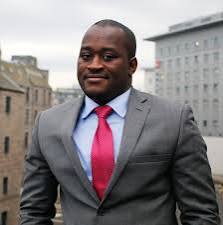 A Petroleum Economist and Political Risk Analyst Dr Theo Acheampong has waded into the ‘controversial’ Aker Energy deal by asking about 17 questions regarding the deal.

Policy Think Tank MANI-Africa and Ministry of Energy seem to be at war over the 450-550 million barrels of oil discovered by Aker Energy in the Pecan South-1A well in the Deepwater Tano Cape Three Points (DWT/CTP) block offshore Ghana.

According to IMANI-Africa, the Petroleum Agreement (PA), covering the new discovery, worth more than $30 billion, expired in 2014 and by law, did not automatically fall under the company’s PA with the government.

At a media engagement in Accra, Senior Vice President of IMANI, Kofi Bentil, asked the government not to approve Aker Energy’s Plan of Development submitted for approval last month, in its current form.

According to Mr Bentil, the new discoveries, by law, ought to be negotiated under a new PA as stipulated by the Petroleum (Exploration and Production) Act, 2016 Act 919 but the government seemed uninterested in the gains.

He said if the government failed to clarify circumstances surrounding the agreement with Aker Energy, IMANI and its associates would go to court to seek declaration on the ownership on the discovery.

But the Energy Minister, John-Peter Amewu, at a news briefing in Accra, described the claims by IMANI as total falsehood.

In providing some background information on the agreement, Mr. Amewu said the PA covering the DWT/CTP contract area operated by Aker Energy was executed on 8thFebruary, 2006, between the Government of Ghana -GNPC, AMERADA HESS Corporation, Lukoil-and FUELTRADE subsequently formed in 2015.

He disclosed that Fueltrade’s participating interest was set at 2% for which it paid about US$9 million with a performance guarantee of US$2 million.

The Energy Minister criticised IMANI for misinforming Ghanaians on a potential loss of US$30 billion to the country, if the government failed to negotiate a new petroleum agreement.

“IMANI tried to alarm Ghanaians about a potential loss of US$30 billion to the country if the government failed to negotiate a new petroleum agreement with new terms with the DWT/CTP partners. This is absolutely false,” he said.

Below are Dr. Theo Acheampong’s questions:

1. When was the original Hess Agreement ratified by Parliament for the Deepwater Tano Cape Three Points (DWT/CTP) block offshore Ghana, and what was the total exploration period duration?

2. When did exploration cease; and did the Minister of Energy give any extensions, when and why?

3. At the time of Hess’ exit in June 2018, what was the status of the seven (7) discoveries namely Pecan North, Almond, Cob, Beech, Pecan, Paradise and Hickory North?

4. Were these seven (7) discoveries all appraised and what was the result of the appraisal for each of the discoveries?

6. What was the status of the Pecan discovery at the time of Hess’ exit? How many wells had been drilled? Was any well drilled during the appraisal period?

7. What are the current dimensions of the production and discovery area for the Deepwater Tano Cape Three Points (DWT/CTP) block offshore Ghana?

8. What was the objective of the four-well new drilling programme by Aker approved by the Petroleum Commission for Pecan-4A, Pecan South and Pecan South East?

9. What are the exact locations of the four new ‘appraisal’ wells and what is the status of the appraisal report?

10. Is there any pressure communication between the reservoirs of the Pecan4A and Pecan South and main Pecan field — that is, is this an extension of the same field, and if it is not, then is that now what the petroleum agreement defines as a discovery?

11. What is the position of the Petroleum Agreement, E&P law and other regulations on the classification of exploration or appraisal wells including new exploration activity during the appraisal period?

12. What were the factors that led to Hess’ decision to sell its equity in the field, and why did it fail to submit a Plan for Development and Operations (PDO)?

13. What is the format for submission of a Plan for Development and Operations (PDO)?

14. Did the new operator follow this prescribed format when it submitted its PDO on 28 March 2019?

15. What is the procedure/process for approving a PDO?

16. Who is telling the truth: is the basis for IMANI’s $30bn gross valuation of the Deepwater Tano Cape Three Points (DWT/CTP) block right given the known reserves and resources?

17. What is the procedure for extension of petroleum agreements?