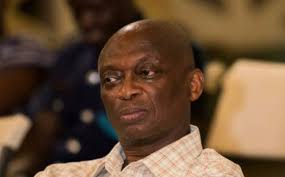 A seasoned Journalist and Editor of the New Crusading Guide, Abdul Malik Kweku Baako has asked IMANI Africa to apologise for creating an impression of a conflict of interest in Aker Energy deal.

Policy think tank, IMANI Africa, at a press conference in Accra on Thursday, April 25 accused the Chief Executive Officer of the Ghana National Petroleum Corporation (GNPC), Dr K. K. Sarpong, of engaging in a conflict of interest situation in a US$4.4 billion petroleum agreement between Ghana and Aker Energy Ghana Limited.

Vice President of IMANI Africa, Mr Kofi Bentil, alleged that Dr Sarpong “and his family own Fueltrade,” one of the local partners of the Deepwater Tano/ Cape Three Points (DWT/CTP) Petroleum Agreement, with a two per cent stake.

Aker Energy is the operator of the field with a 50 per cent stake and recently submitted a US$4.4 billion plan of development to the government for approval to allow for development and production activities to start.

With Dr Sarpong being the CEO of GNPC, another partner of the DWT/CTP with a 10 per cent stake, Mr Bentil said it was ethically wrong for a company he and his family own to also be a partner of the field.

“It does not look right. We put it out here publicly because we want clarification.

“We are not against Ghanaian participation in our oil industry but protecting the public purse includes avoiding such conflicts,” he said at the press conference.

“It is a zero sum game; what Ghana has, Aker does not have. So, if it is true that the company is negotiating with itself or there are powers on both sides, I think it is a matter of concern and we need some answers concerning that one,” he added.

Reacting to the alleged conflict of interest raised by IMANI on Joy FM on Saturday, April 27, Kweku Baako said: “IMANI has been doing a good job and without organization, like that, we wouldn’t have been where we are today but with the issue of K.K Sarpong, IMANI and Kofi Bentil goofed.”

“There is a hint of innuendo there even though you say allegedly.”

Bulk oil distributor, Fueltrade has also refuted claims by Senior Vice President of IMANI Africa that it is owned by the CEO of the Ghana National Petroleum Corporation (GNPC), K. K. Sarpong.

Fueltrade in a press release denied Dr Sarpong’s involvement in the company.

The statement said “Fueltrade Ltd wishes to state that its shareholders are Messrs Chris Chinebuah and Dzifa French Cudjoe, who have the full legal and beneficial interest in the company.

“Fueltrade categorically states that it is not legally or beneficially owned by Dr. K. K. Sarpong and/or his family.”

The company questioned why IMANI, with all the time it had before the press conference did not verify their claims with the Registrar-Generals office but went ahead to spew such falsehood.

They are “convinced that Imani Africa and Kofi Bentil did not undertake any verification because they set out to act and speak with malice and/or reckless disregard for the truth, in order to achieve a collateral purpose.”

According to him, it was a question they put forward for the needed clarification to be given to the public on the subject.