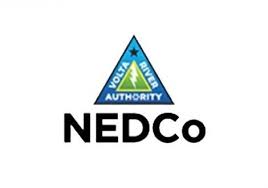 The Ministry of Energy has noted with concern NEDCo’s inability to access and utilize the USD 54,191,650.00 allocated Compact funds for NEDCo Financial and Operational Turnaround (NFOT) Project. The Ministry therefore wishes to use this press statement to provide the public, media and key stakeholders in the Energy Sector with the facts of the situation.

Primarily, staff groups from NEDCo stood against the Management Contract as a form of Private Sector Participation in the company.

Several meetings were held between the Ministry of Energy, Board members and Management of NEDCo as well as senior staff members of NEDCo in the bid to address issues and secure the funds for the infrastructure projects in NEDCo’s area of operation.

Owing to the stance of NEDCo, it got to the point that government had to intervene to ensure that the funds were secured.

Government, just like in the case of the renegotiation of the terms of the PSP in ECG, gave the following assurances to NEDCo:
There would be no job losses as a result of the implementation of the NFOT project;
There would be no replacement of the existing Management team; nobody would be made worse off; The terms of the Management Contract will be two years instead of five years; NEDCo will participate actively in the crafting of the Management Contract to ensure that, NEDCo’s interests are catered for in the implementation; and Any issues or challenges that staff may have with the NFOT project should be channelled to the Transaction Advisor and if there was a stalemate on any matter, same should be brought to the attention of Government for immediate redress.

The Ministry also noted that whilst NEDCo’s management was communicating Government’s assurance to NEDCo in a meeting, some staff wearing red arm and head bands went to the meeting grounds with placards indicating their support for the stance adopted by their leaders.

During a review meeting to define the current status of implementation of projects and to re-strategize towards effective utilization of Compact Funds on the projects that must be undertaken to meet the Compact’s goal and fulfil its objectives, the funds meant for NEDCo’s Financial and Operational Turnaround Project had to be reallocated to the construction of a Bulk Supply Point (BSP) at Kasoa.

With the grant (Compact Funds) reallocated to another project, NEDCo would have to seek new funds either by borrowing or other financial arrangements in order to be able to implement projects intended to have been undertaken with the Compact Funds. Also, the failure to utilize the Compact Funds will negatively affect people in NEDCo’s catchment area.

Renewable Power Is The Cheapest Source Of Electricity, Says Report