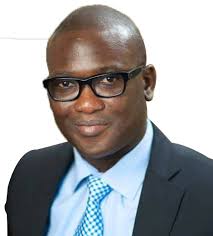 The Chief Executive of the National Petroleum Authority (NPA), Hassan Tampuli, says the NPA is exploring various options especially in the area of technology, to curtail the operations of petroleum fraudsters in the country.

The NPA in February this year confiscated petroleum products smuggled into the country estimated to be about Gh¢1 million.

The regulator said a total number of 28BRV, 6 canoes, 4 mobile pumps and 5 outboard motors carrying 709,250 litres of illegally smuggled petroleum products with taxes and levies value of Gh¢1, 150,186 have been confiscated.

The arrest, made in collaboration with the security agencies, is part of ongoing plans by the NPA to deal with fraudsters in the industry.

Speaking at the Oil and Fuel Supply Chain Security Conference on how to prevent fuel fraud in London, Mr. Tampuli was optimistic the plans for further deployment of technology would help block smuggling channels, especially when existing tools have so far been helpful in addressing the issue of fuel theft.

“We intend going forward to use more technology like the use of flow meters at the depots and fuel receiving facilities,” he said, adding; “we insist that if they don’t get the flow meters at those facilities, we will procure for them and ensure that they are working.”

The conference which brought together petroleum experts and security agencies from Africa, Europe, North and South America, to find ways of collaborating to deal with smuggle, as well as cross border petroleum theft.

Mr. Tampuli, who was speaking at the event, said Ghana has enjoyed effective collaboration with neighboring countries such as Nigeria, but said a lot more needed to be done to ensure the operations of the fuel cabal are dealt with.

He added that “Ghana has taken a position to deal ruthlessly with the problem as it impacts on tax revenue. We are confident that the measures rolled out, and others to be rolled out shortly, will help minimize if not eradicate the menace.”

Mr. Tampuli said ongoing partnership with the security agencies means patrols at the both the Eastern and Western coastlines to and facilitate arrests of smugglers, would continue to go on.

“GRA Customs monitors movement at the borders and facilitates asset confiscation and disposal of products.”

He also said there is enough political would from government to combat the activities of petroleum smuggling gangs, and warned everything would be done to ensure the businesses of those working within the rules, are protected.