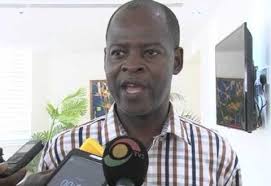 Ghana’s Public interest and Accountability Committee (PIAC) has been singled out for praise for its role in safeguarding the country’s oil revenues from official abuse.

PIAC has also been applauded for keeping Ghanaians updated on how the government is performing in the management and use of the country’s petroleum revenues through its semi and annual reports.

Public finance and governance expert of international repute and technical consultant at the Natural Resource Governance Institute (NRGI), Andrew Bauer, made the above remarks during a presentation on Revenue Management and Impacts on State-owned Enterprises at the “Reversing the Resource Curse” course organized by the NRGI and the School of Public Policy of the Central European University in Budapest, Hungary.

Bauer encouraged other countries to emulate the PIAC example by putting in place measures to counter revenue management risks and abuses that often undermine their development.

“PIAC is really doing well. Other countries must have institutions like this to monitor revenues in their various countries,” Bauer said.

Comparing Nigeria with Ghana, he observed that “Nigeria, with its huge oil revenues, faces a much greater resource curse threat. It therefore needs to deal with – and get a hand on – its National Oil Company, and also make sure that the budget is not only well managed, but has adequate accountability safeguards to ensure positive outcomes.

He continued: “Ghana, on the other hand, with much smaller revenue may not face the resource curse threat in the short to medium term, but must also try and manage oil revenues with a long term perspective, when oil may become dominant in its economy.”

Such huge revenue flows into the country’s economy makes it imperative to establish clear revenue management rules, aligned with an efficient public finance management framework, and with citizen-led additional oversight arrangements such as PIAC.

It is also important for the government to take steps to diversify the nation’s economy from dependence on oil revenue to non-oil revenues, avoid the devastating impacts of market volatilities.

From all indications, Ghana seems to have set itself on the right path to avoiding the resource curse trap, having provided a legal framework to govern how oil revenues are generated, managed, and used to support national development.

The country’s petroleum Revenue Management Act mandates that 30 percent of petroleum revenues are set aside and invested for the purpose of smoothening government’s expenditure over time, and for providing a heritage for future generations.

The remaining 70 percent is to be spent through the national budget, with not less than 70 percent being spent on capital projects and not more than 30 percent on goods and services.

But Chairman of PIAC, Dr. Steve Manteaw, says the requirement to spend not less than 70 percent on capital projects has been breached once, in 2017. He also regrets what he describes as “lack of due diligence and supervision” of oil-funded projects, which in his view, accounts largely for the inability of Ghanaians to realize the transformative potential of oil revenues in their lives.

“PIAC has consistently placed these issues in the public domain. If the country is to realize the full benefits of its oil, then government will need to act decisively to curb the abuses,” Dr. Manteaw argued.

He urged government to take PIAC seriously in order to set the right examples for the world to follow.

The efforts to promote transparency and good governance in resource-rich countries has gained significant momentum over the last decade and made substantial progress. At the same time, the degree to which this agenda finds more than rhetorical support from political elites is questionable.

It is equally unclear whether civil societies, the media, and parliaments in developing countries are sufficiently well-informed to take full advantage of transparency for more effective oversight. The persistent disconnect between the governance research community and practitioners also hinder upon innovation in specific contexts.

In this light, the School of Public Policy at Central European University (SPP) and the Natural Resource Governance Institute [NRGI] designed an intensive course to equip a pool of exceptional individuals from government, civil society, parliaments, media, international development agencies and the private sector, as well as academics, researchers, and analysts with the knowledge and tools necessary to help reverse the “resource curse.”

Specifically, the course for the past seven years of its existence examines the political economy of the governance in resource-rich states and explores how it impacts domestic policy debates and practice. The course also offers practical lessons for policy improvement based on both best practices from around the globe and exchanges among participants.

Using the Natural Resource Charter as a framework and focusing on rigorous analysis and advanced techniques, the course is designed primarily for individuals who already have solid understanding of the subject matter but are seeking to enhance their knowledge and skills to play prominent roles in specific countries or around the globe.