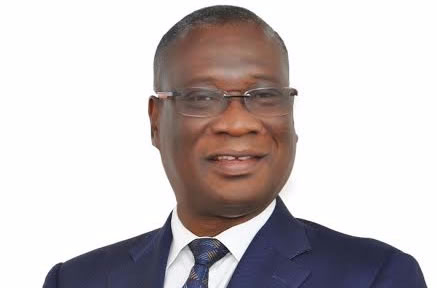 The Ghana National Petroleum Corporation (GNPC) is seeking parliamentary approval to spend US$65.75 million on non-petrochemical capital projects as part of its 2019 programme of activities.

Out of the total sum, the corporation has earmarked US$10.75 million for refurbishment works on nine landed properties across the country.

Per the Mines and Energy Committee report on the work programme of the corporation presented to the Plenary of Parliament in Accra yesterday, projects under the non-petrochemical activities are a US$20 million head office in Accra and a US$10 million corporate operational head office in Takoradi.

According to the report, which is yet to be adopted or rejected, the corporation has allocated US$25 million to “redevelop the Laboratory and Data Centre into a modern facility.”

The report, signed by the chairman of the committee and Member of Parliament for Odotobri, Emmanuel Akwasi Gyamfi, said the corporation was allocated a 40 acre land within the Energy City enclave in Accra for the office complex and that an architectural brief with spatial and facility requirements for the design of the head office building has been completed.

Same, it said has been done for the proposed Takoradi office, adding that due diligence was undertaken on identified project sites and works were underway to secure the parcel of land for the project.

“The corporation is committed to engaging owners of identified properties and other stakeholders towards the realisation of this project,” the report stated.

On the laboratory and data centre to be known as the Research and Technology (RAT) Project, the report said it would enable effective and efficient information management and repository of the corporation’s oil and gas exploration, development and production data.

“The RAT Centre is also to serve as a reference point for training professionals in the use of cutting-edge technology in the petroleum industry,” the report argued.

As part of refurbishment works on landed properties, the GNPC has earmarked US$1.5 million for a “suitable property in West Airport residential area to be adapted into a state-of-the-art clinic.”

Other landed properties to benefit from the US$10.75 million packages for landed properties include the Chapel Hill residential properties, US$0.26 million, Enpro Rehabilitation Project, US$0.34 million, Redco Madina Bungalow two and three US$0.20 million, Unacourt Flats, US$0.70, Beach Road Redevelopment Project US$1.90 million and GNPC Training Centre Furnishing, US$0.04 million.

“The committee has thoroughly scrutinised the programme activities of the GNPC and the associated financial requirements for the 2019 Financial Year and it believes that the activities outlined fall within the scope of the mandate of the corporation.

“The committee, therefore, recommends to the House to adopt its report and approve the 2019 programme activities of the GNPC,” the report concluded.