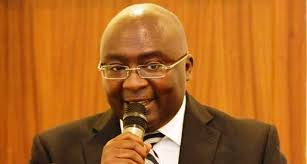 Vice President Dr Mahamudu Bawumia on Wednesday said Ghana would save 300 million dollars annually upon the successful completion of the reverse flow of natural gas from the Aboadze Power enclave to Tema for power generation.

The move, he said, would make the country self-sufficient in using gas for electricity generation and minimise the importation of natural gas from Nigeria.

“Ghana has enough gas to power all her power plants without relying on imported gas because gas is much cheaper than liquid fuel, hence a policy decision has been taken to switch-over to gas in energy generation,” he said.

Vice President Bawumia announced this when he delivered the keynote address at the maiden Town Hall Meeting by the Economic Management Team (EMT) at the College of Physicians and Surgeons, in Accra, on Wednesday.

He said the country currently paid 24 million dollars a month in excess capacity charges for power generated and not being used, which would shore up to 41 million dollars later this year.

The meeting was held on the theme: ”Our Progress, Our Status, Our Future,” to update the public on gains made, so far, and efforts to sustain them to engender economic growth and development.

The meeting attracted representatives of civil society organisations, academia, traders, importers, freight forwarders and members of the public to interact with the EMT members and asked questions on a wide range of issues pertaining to the economy.

Vice President Bawumia said the first phase of the switch-over of liquid fuel to gas would be completed this month, which would ensure evacuation of 60 million standard cubic feet of gas from the Western Region to Tema Power enclave, while Phase Two would be completed by July or August, this year.