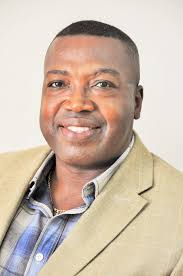 Ghana made history in 2011 when the West African country incorporated Ghana National Gas Company (GNGC) and started the development of gas infrastructure in the Western Region town of Atuabo for the processing and transportation of natural gas for both the local and international market.

The decision followed recommendations by the National Gas Development Taskforce which was commissioned in February 2011, to review and make appropriate recommendations for speedy realisation of national gas commercialisation infrastructure system, after Ghana found commercial amount of associated gas 60km offshore between the Deepwater Tank and West Cape Three Points.

Ghana Gas was mandated to build, own and operate the infrastructure required for the gathering, processing, transportation and marketing of national gas resources in the country.They were to build the offshore pipeline, the onshore pipeline, the Gas Processing Plant, the Natural Gas Liquids (NGLs) Export System and the office complex.

Fortunately, Dr Sipa-Adjah Yankey was appointed by the late President JEA Mills, as the first Chief Executive Officer (CEO) of Ghana Gas and he supervised the infrastructure development of the nation’s premiere gas company.

He, however, left office in January 2017 when his party lost the 2016 Presidential Election, whose results ushered in the incumbent New Patriotic Party administration led by President Akufo-Addo.

As destiny would have it, Dr Benjamin K. D Asante was appointed by President Akufo-Addo to replace Dr George Sipa-Adjah Yankey.

Dr Ben Asante took over Ghana Gas as someone with over 25 years’ experience in the oil and gas industry. Before assuming the position of CEO, he had been the Technical Director of Ghana’s first Gas Infrastructure project and also developed the gas infrastructure master plan for Ghana by 2008.He also served as a consultant to the Ghana National Petroleum Corporation (GNPC) and provided engineering services, project management and technical support for various projects across the world including UAE, Argentina, Brazil, Canada, China, Mexico, Russia, Thailand and USA. So the question is, what has Dr Ben Asante achieved at the Ghana Gas with all his experience after two year of being in office as the CEO?

$ 206m savings due to gas utilization

At a recent press conference at the company’s head office where Dr. Ben Asante and Ernest Kofi Owusu Bempah Bonsu , Head of Communications at Ghana Gas, addressed the media, it was revealed that the use of processed gas from the Atuabo Gas Processing Plant, in place of Light Crude Oil (LCO), has yielded an average savings of about US$42.6 million in 2017 and about US $206.4 million in early 2018.

The rise in savings in 2018 was due to a 43% increase in the price of LCO at 84.7/barrel from US$59.3/barrel in 2017.Since Ghana Gas begun commercial operations in 2015, LPG from Atuabo Gas Processing Plant has, on the average, accounted for 32% of national domestic consumption.The year-on-year analysis (2015-2018) shows that Ghana Gas supplied 40% of domestic LPG demand in 2017, the highest since the commissioning and commercial operations, thereby, reducing LPG import bill by US$47million.In 2018, the LPG supply declined by 2% relative to the 2017 performance due to gas substitution from ENI-Sankofa.

$3m monthly savings due to indigenization

It is important to emphasize that the decision by management of Ghana Gas not to employ the services of expatriates to manage the plant and its associated pipeline infrastructure, after the Chinese engineers from SINOPEC, who were managing the plant left but to rely on Ghanaian engineers, is saving Ghana about US$3 million monthly. This single decision has resulted to a savings of about US$60 million since April 2017. It is refreshing to also note that the first major maintenance shutdown, which was done between February and April 2018, was also done by staff of Ghana Gas Company. This is said to have enabled ENI to tie-in its pipeline at Sanzule.

Under the leadership of Dr. Asante, the company was able to complete the Esiama-Prestea lateral pipeline in 2017. This is to enable the company to send gas to consumers in the mining enclave in the Western Region and eventually to Kumasi in the Ashanti Region. Apart from the above, Ghana Gas is currently working on Karpowership Gas pipeline, which when completed, will supply lean gas to Karpowership barge in Sekondi to save millions of dollars in gas transportation and fuel substation. Expansion works are also ongoing on the Takoradi Regulatory and Metering Station to increase the capacity of TRMS from 130mmscfd to 400mmsfd.

The implementation of Risk Based Process Safety Management by the company has also gone a long way to improve the overall safety management system to the extent that the company has not recorded any incident for two years now.”We also developed and implemented key HSE risks control procedures including the Management of Change Procedure in controlling HSE risk associated with changes and modifications to existing facilities,” Mr Owusu Bempah said.

It is important to emphasize that Ghana Gas, has also undertaken a number of Corporate Social Responsibility(CRS)projects in its operational areas. In the area of health and sanitation, Ghana Gas has registered 1,350 indigenes of Atuabo and Aboadze under the National Health Insurance Scheme to provide them with insurance so they can access health facilities in the area anytime they feel sick and need treatment. The company has also constructed an eight-seater water closet toilet and a mechanized borehole for Allabokazo.On education, the company has constructed four-Unit Teachers’ quarters in Anokyi and Asemda Suazo to relieve and lessen the pain teachers who are posted in the two communities go through. Ghana Gas has also gone a step further by providing Asemda Suazo an ulra-modern nursery school facility to enable children in the area have education.

Aside these, GNGC has also supported Nzulezu Development Committee to rehabilitate their community school building, donated teaching and learning materials to Nzulezu community Basic School, made cash donations to the Domunli enclave for the rehabilitation of their only primary school, as well as a donation of two water tanks to Kikam Technical Institute.
In the area of sports, GNGC made cash donations to Karela and Nzema Kotoko Football Club.