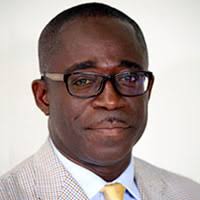 Deputy Energy Minister, William Owuraku Aidoo is in ‘shock’ over the reactions of Ghanaians towards government with regards to recent power outages in the country.

Particularly after what appeared to be a rather extended period of ‘Dumsor’ under the erstwhile John Dramani Mahama administration, he is surprised that the same persons who suffered for well over months will be complaining about power outages he claims would last for just 12 days.

The power cuts which have been ongoing for almost three weeks now has seen sector officials trying to salvage the situation and reassure Ghanaians of better services.

Aside from the usual reassuring of citizens that government is working around the clock to bring relief, the deputy minister’s latest interpretation was to refer Ghanaians to the erstwhile Mahama administration where ‘dumsor’ was persistent, irregular, and unpredictable for several years.

According to the deputy minister, if Ghanaians could endure such serious power outages and rationing that has been around for over three years, then they should be able to manage with just twelve days of unstable power supply.

“It is really interesting that Ghana has gotten into the state that we are. Within two years of Nana Akufo-Addo’ government, Ghanaians are not of one week of power disturbance and that is saying something. It is only a week and it’s causing a lot of difficulties and inconvenience to people but they cannot stand it unlike sometime back when we had to endure years and years of dumsor”, he stated.

Seven out of sixteen regions in the country are expected to experience 12-days of load-shedding known in the local parlance as ‘Dumsor’ starting March 30, 2019.

According to sources, the Greater Accra, Central , Western, Eastern, Ashanti, Volta Regions are part of the affected areas following a 300MW loss of power as a result of the shutdown of Atuabo Gas Processing Plant for mandatory maintenance

The valve of Atuabo Gas Processing plant in the Western Region was closed Saturday March 30 for a 12-day outage to complete the final tie-in works under the Takoradi-Tema Interconnection Project.

As a result of the termination of gas flow from the west, the Ghana Grid Company (GRIDCo) has requested a total load reduction of 300MW from 08:00hrs to 18:00hrs.