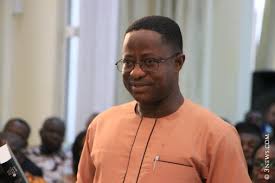 Minister of Energy, John Peter Amewu, says the government is aiming at 100 percent electricity penetration and to also ensure that there is affordability.

Currently, about 83 percent of the population have access to power. He added that a lot would be needed to be done to achieve the goal of universal access.

He was speaking at a forum on Power Purchase Agreements (PPAs) in the oil and gas sector which was organized by the American Chamber of Commerce Ghana (AmCham).

The Minister put the nation’s power demand at 2,600 megawatts and said it was presently generating close to 5,000 megawatts.

Ghana was paying between US$30 million and US$35 million for the excess capacity.

There was a higher capacity and higher excess charges and that was why no PPAs were going to be signed.

He announced that 11 of the PPAs had been put on hold and that other producers were also taking another look at their rates.

Mr Amewu underlined the government’s unswerving determination to ensure that there was transparency in the oil and gas industry.