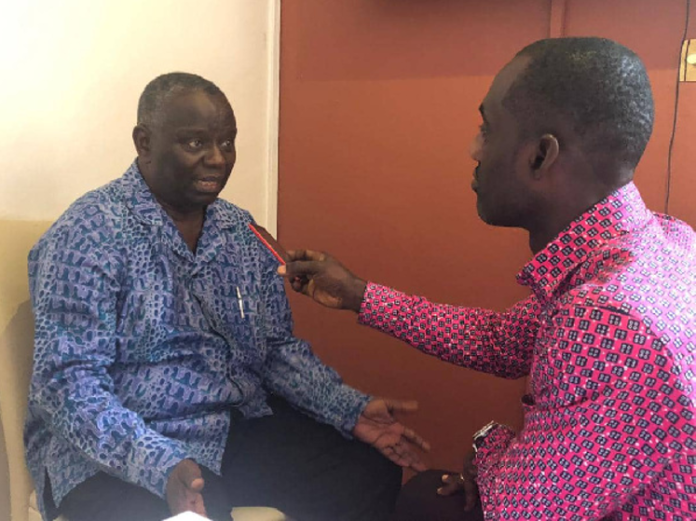 On February 1, 2019, Ghanaians would be witnessing, for the first time, in the history of the country’s power distribution company, the entrance of a private entity called Power Distribution Services (PDS) led by Meralco, a Philippino company, who would take over the operations and management as well as undertake the requisite investments in the electricity distribution business of the Electricity Company of Ghana (ECG).

The Power Distribution Services, which is a consortium of Ghanaian and foreign entities, has 51% Ghanaian stake while the remaining 49% stake would be for Meralco and its partners.

Workers of ECG have been guaranteed job security within this 20-year-period, except in a situation where one involves himself or herself in any shady or criminal deals.

Per the Transaction Agreement for the Private Sector Participation (PSP) in ECG, the state power distribution company would be an asset owner and hold all Power Purchase Agreements (PPAs) that would be used to supply power to the PSP providers.

It is the hope of Ghanaians that the coming on board of the private sector would turn ECG around and bring to an end, the financial and distribution challenges the company has been encountering, which, sometimes, lead to power outages and, thereby, giving discomfort to consumers.

However, the question we should all be asking ourselves is, how did we get to the current situation where it has become necessary that we needed the private sector participation in the management of ECG?

In 1994, the Government of Ghana received recommendations from its Consultant SYNEX (of Santiago, Chile), who it had contracted to study opportunities for reforming Ghana’s Power Sector. SYNEX, among other things, envisaged in its recommendation to Government the introduction of Concession in power distribution.

Presently, ECG has close to about GHc1.7 billion debt sitting in its financial books. These are monies the power distribution company owes power generation companies. It is instructive to note that these debts are the creation of ECG themselves, Ministries, Department and Agencies (MDAs) as well as some members of the public who engage in illegal connections to enjoy free power.

It is against this background that former President John Dramani Mahama, in August 2014 in Washington DC, USA, signed an agreement with US government through Millennium Challenge Corporation (MCC) to support Ghana’s electricity sector with a grant of US$498.2 million to undertake specific programs and projects aimed to address the challenges in the sector.

The decision to implement the power compact was largely influenced by the prevailing power crisis which begun in 2013, and, thereby resulting in thousands of Ghanaians being thrown out of jobs with an estimated $622million loss to the economy per annum.

The Power Compact II which was designed to create a self-sustaining energy sector in Ghana by reforming laws and regulations needed to transform the country’s power sector was also to allow private sector participation in ECG with the Power Distribution Services (PDS) expected to make an initial investment of US $ 586million over the first five years of its operations.

The compact would support improved management of Ghana’s entire power system, providing a more robust framework for private investment, in addition to a more competitive process for the procurement of power from independent producers. Again, it would address challenges in distribution, generation and access to energy in Ghana.

Per the initial agreement, the concessionaire was to hold 80% stake and manage ECG for a period of 25 years, while the Ghanaian ownership was to be the remaining 20% stake.

However, in fulfillment of a campaign promise prior to the 2016 general elections, President Akufo-Addo, upon assumption of office and through the then Energy Minister Boakye Agyarko reviewed the terms to the current one; where the Ghanaian ownership is 51% share with Meralco Consortium grabbing the 49% stake.

In fact, the journey towards ECG’s concession has not been all that rosy. It was met with stiff opposition from both within and out. The first group of people to oppose it in the then President Mahama’s administration was the Public Utilities Workers Union (PUWU) comprising workers of ECG, NEDCO, VRA, GWCL and GRIDCo.

Their perception was that ECG was going to be sold out. They staged series of protests, including press conferences to demand for severance packages for ECG workers because of the privatization move.

President John Dramani Mahama, then, and current President Nana Addo Dankwa Akufo-Addo, kept on assuring PUWU that ECG was not going to be sold out as they perceived, but that would not assuage PUWU’s worst fears as they pressed down the accelerator. They filed an application at an Accra High Court seeking for interlocutory injunction to halt the privatization of the Electricity Company of Ghana (ECG).

However, the court, presided over by Justice Lorrenda Owusu, dismissed the application and intimated that the court’s decision was based on the governing principle of balance of convenience. She further explained that, the state had more to lose if the injunction was granted, and the final judgment of the substantive case went in their favour.

The court, consequently, advised both the workers of ECG and government, to continue negotiations in order to reach an amicable agreement.

Over some weeks now, we have not heard PUWU lamenting over the deal again. Could it be that because of their terrible defeat in court, so they have come to accept the process and apparently ready to welcome the new entity onboard?

Apart from the legal action initiated by PUWU to halt the concession arrangement, one of the entities that was bidding to manage the Electricity Company of Ghana (ECG), but lost also sued the Millennium Development Authority (MIDA), over what it described as an unfair disqualification in the bidding process.

BXC Consortium prayed the court to order MiDA to stop all forms of ongoing discussion and negotiations with the only remaining company in the ECG Privatization process, which was Meralco Consortium from the Philippines.
Unfortunately, the court, in its ruling, dismissed the injunction case, but granted an injunction to restrain MiDA from drawing on the bid bond.

In a recent interview at a press soirée, the Chief Executive Officer of the Millennium Development Authority (MiDA), Martin Eson-Benjamin, who walked this author through the processes his outfit had followed so far, said: “When the agreement was signed in 2014, we were given two years to do preparatory work and it was to end in 2016. The Compact entered force but four months afterwards, there was change in government. The new administration, led by President Akufo-Addo, reviewed the terms of the agreement to allow Ghanaians to have majority share in ECG.

“We have gone through many processes and now I can tell you that everything is almost completed for the new company to take over. The takeover will bring efficiency and we will all see the improvement in the new company,” he assured.

He added that the company would also work to remove leakages and financial losses in the system. Mr. Eson-Benjamin reiterated that no worker of ECG would lose their jobs under the Power Compact Two.

Mr. Eson-Benjamin maintained that it was important to complete the compact to open more opportunities for Ghana to benefit from future compacts.

“This is free money. It is free money for Ghana to benefit from. We must all, as a nation, help to get this money to improve our power sector,” he ended.

As the new entity takes over ECG, what Ghanaian consumers are expecting is nothing but cheaper and stable power supply to spur economic growth. Over the years, consumers have been made to pay for higher electricity tariff with the assurance that the services would improve, but that is yet to happen. We want to see a significant reduction in commercial and technical losses, which currently stands at 23% to a single digit to help push tariff down to bring relief to consumers, especially businesses.

In the coming months, we also want to see the new entity going after those engaging in illegal connections and to be specific companies in Tema and other parts of Ghana, which were caught for power theft in 2018.

ECG is the backbone of Ghana’s economy. Therefore, we expect Power Distribution Services (PDS), led by Meralco, to work hard to make sure that the six key deliverables of the compact are achieved.

The author is specialized in energy reporting