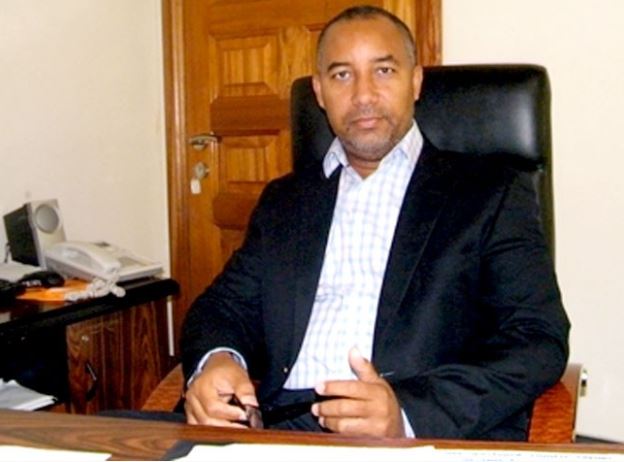 There is an article by the News Statesman (newstatesmanonline.com) which seeks to spreading false information about my involvement in the ENI operated Sankofa Gye Nyame (SGN) project and in particular raising issues to do with how the ENI gas price was determined and to do with my integrity in handling the negotiations leading to the successful implementation of this world class ground breaking project;

I have not been involved in any gas-price fixing in anyway whatsoever to the advantage of ENI/VITOL, nor did i take decisions on the gas price which would be of benefit to me directly or indirectly;

On the contrary the gas price reached by a negotiation team based purely on the economics of the project and a reasonable market Rate of Return (RoR) to the investor for such risky deep water exploration projects;

It is important to address and set the record straight on issues the Newstatesman’s has intentionally and maliciously misconstrued:

0. The net Gas price that Ghana pays to ENI is less than the landed gate price cost of Nigerian Gas; Ghana currently pays almost $8.8 per mmBTU for Nigerian Gas where as Ghana will be paying on a net basis less than $6 per mmbtu to land the gas at Sanzule;
0. The Gas price for the SGN project is based on cost recovery and an acceptable RoR for such risky Deepwater E&P projects;
0. Gas prices from associated fields like Jubilee and TEN cannot be compared to gas prices of non-associated fields because the economics on the cost recovery of the Jubilee and TEN project is based on the sale of the Oil (and not the Gas) whereas the economics of the SGN project relies on the sale of the Gas since the SGN fields are predominantly non-associated Gas;
0. The Gas price has not been negotiated downwards by anyone; to explain further, this is because the agreement negotiated but GNPC and signed in 2014 provided that all development cost savings from the originally estimated development cost in the Plan of Development (PoD) would be used to reduce the Gas price ; consequently, every $100m savings in project cost would translate to a $0.55/mmBTU savings in gas price.

The PoD signed in December 2014 agreed to a spend of $7.1bn to develop an integrated Oil and Gas project to produce 45,000bbls of oil a day and 180mmscfd of natural gas with declines over a 20-year period

What was agreed was that a final gas price would be recomputed on certain completion milestones of the project and a nominal starting gas price needed to be set to make the project financeable.

Like all projects a rate of return needed to be agreed and based on consultations the rate of about 20% was closed. This was lower than similar deep water exploration & production projects all around the world, which range between 19% and 25% adjusted for risks related to greenfield projects in the region.

Based on the estimated reserves at the time of signing the PoD, the proposed production profile, and the approved PoD costs, and the agreed cost split between Oil and Gas, together with the expected RoR, a nominal price of $9.8/mmBTU was agreed to and signed by Government of Ghana (GoG) and ENI.

Initial savings based on the PoD parameters was approximately $700m which, if applied as per the agreement, would have brought a savings of $3.85/mmBTU and thus revising the nominal gas price downwards to arrive at a final gas price of approximately $5.95/mmBTU. It remains a wonder why the current Government did not take advantage of this innovative mechanism to take advantage of the impact of the US$690 million savings negotiated in the Gas Sales Agreement and is rather pointing to a non-existent US$100 million loss.

It is my understanding that the PoD is being altered to incorporate parts of the project that was originally agreed to be carried out and paid for by GNPC had opted to finance outside the scope of the project on the onset of the project; if such works are carried out by ENI this will significantly whittle down any savings previous made on the development cost; If this is so, and Ghana does not benefit from these savings through a reduction in the gas price, then a great disservice has been carried out on the good People of Ghana, contrary to what the Newstatesman article evilly tries to misconstrue;

The works, above, that GNPC had on the onset of the project opted to finance including the WAGP interconnectivity/reverse flow, oil production optimisation and drilling to increase gas reserves and production.

GNPC opted to finance some of these costs because it did not deem it prudent to allow ENI to finance the above key projects at the same RoR as the risky E&P project; GNPC prudently did so because indications from the banking market, supported by term sheets from at least 3 banks, were that GNPC could raise money in the market at less than 7% to finance these projects or at worse at the same cost that GoG raises its Eurobond, at approximately 11% at that time;

The addition of the above projects to the PoD of the SGN project significantly reduced the savings from approx $700m to less than $200m and we are yet to see any significant gas price reduction.

Please note that the current price of $7.89/mmBTU is a poor attempt at securing the savings as a derived price based on the agreed pricing formula on how the final price would be arrived at when the gas price agreement was signed in 2015.

It is also important to note especially when comparing the cost of alternate sources of fuel, like Nigerian Gas, and the proposed LNG project, that the current “final” gas price of $7.89/mmBTU gas price the actual payment by Ghana to ENI for the gas, net of Ghana Govt share, is close to $6.0/mmBTU; This is because Ghana receives 5% Gas Royalties (10% for Oil), and also has a 20% equity share of the field

It is alleged that the ENI gas is most expensive domestic gas and that it is priced higher than the PURC approved delivery pricing of $7.29/mmBTU; this, again, is inaccurate as the PURC price is a weighted average which includes the Sankofa gas price.

Another issue that needs clarification is the erroneous comparison of the TEN or Jubilee Gas prices to that of the ENI gas price; The Jubilee and TEN projects are Oil-with-associated-gas projects which makes the gas supply unreliable unlike the SGN project which is an integrated oil and gas project which is only feasible if the gas is monetised i.e. if the gas is sold at a commercial rate to make the development possible.

On the contrary the ENI gas project is a Gas project where the financing of the project is totally dependent on the gas sold at a cost-recovery price;

The World bank believed in this project so much that they gave their largest ever financial support given to any project in the history of the World Bank (WB) in the form of a $700m in guarantees.

The whole reason why all of a sudden this has become an issue is because GoG has not been able to meet some of the conditions precedent that the WB and ENI put up when the agreement was signed; and the GoG need someone to blame — someone in the past government;

The conditions that GoG has not been able to meet include:
0. A Condition Precedent (CP) for the delivery of gas in a take-or-pay agreement was that GoG would funding an escrow account to complete a 12-month Guarantee payment to ENI as part of the security package

The security package included a 500m Letter of Credit supported by the WB Guarantee ; a funded escrow account of up to 4.5 months payment estimated at $205m

The LC was established in 2016 by SCB and HSBC

0. A Second CP not met is the reverse flow of the WAGP pipeline to allow the gas to be pumped from the West (Takoradi) to the East (Tema) of Ghana ; the funding to do this project , approximately $120m was budgeted for by GNPC and approved by Parliament but for some reason neither GNPC, nor Ghana Gas, have not been able to raise the funding themselves and it is believed that GoG has asked ENI to fund the project in an extended scope of their PoD; doing so will reward eni to finance this pipeline project at a ridiculous 20% RoR; projects of this nature are funded at less than a 12% RoR due to its low risk.

0. A third CP not met is that the 4 WB-approved IPPs (which are to benefit from a Govt Support and Consent Agreement guaranteed by the WB) that would evacuate majority of the Gas for generation in their thermal plants had never been built, nor has the infrastructure (pipelines connecting the Ghana Gas pipeline from Atuabo, and GRIDCO connectivity) to support the the KARPOWER 450MW power-ship; the agreement was for this vessel to be brought in and docked in Takoradi to replace the original KARPOWER 225MW power-ship which was docked temporarily at Tema shipping harbour;
0.

The project is delayed!
The Govt is looking for a scape Goat!
Basically the cost reduction has been eroded due to the incompetence of GoG and GNPc to raise the needed funds to meet the CPs or to negotiate for the inclusion on the ancillary projects in the PoD at reasonable RoR.

Also instructive is that the cost reduction came about as a result of reduced capex emanating from the downturn in the oil industry in 2015-206 and service going cheaply.